The plan for our day in Reykjavik was to use the hop on/hop off tourist bus to get around the capital city.  Waiting for the first bus took about 50 minutes so we just used the tourist bus for getting into the centre of Reykjavik from our hotel to the centre.  Instead, we walked where we wanted to go.  There were quite a few people using electric scooter which they seemed to just dump anywhere. 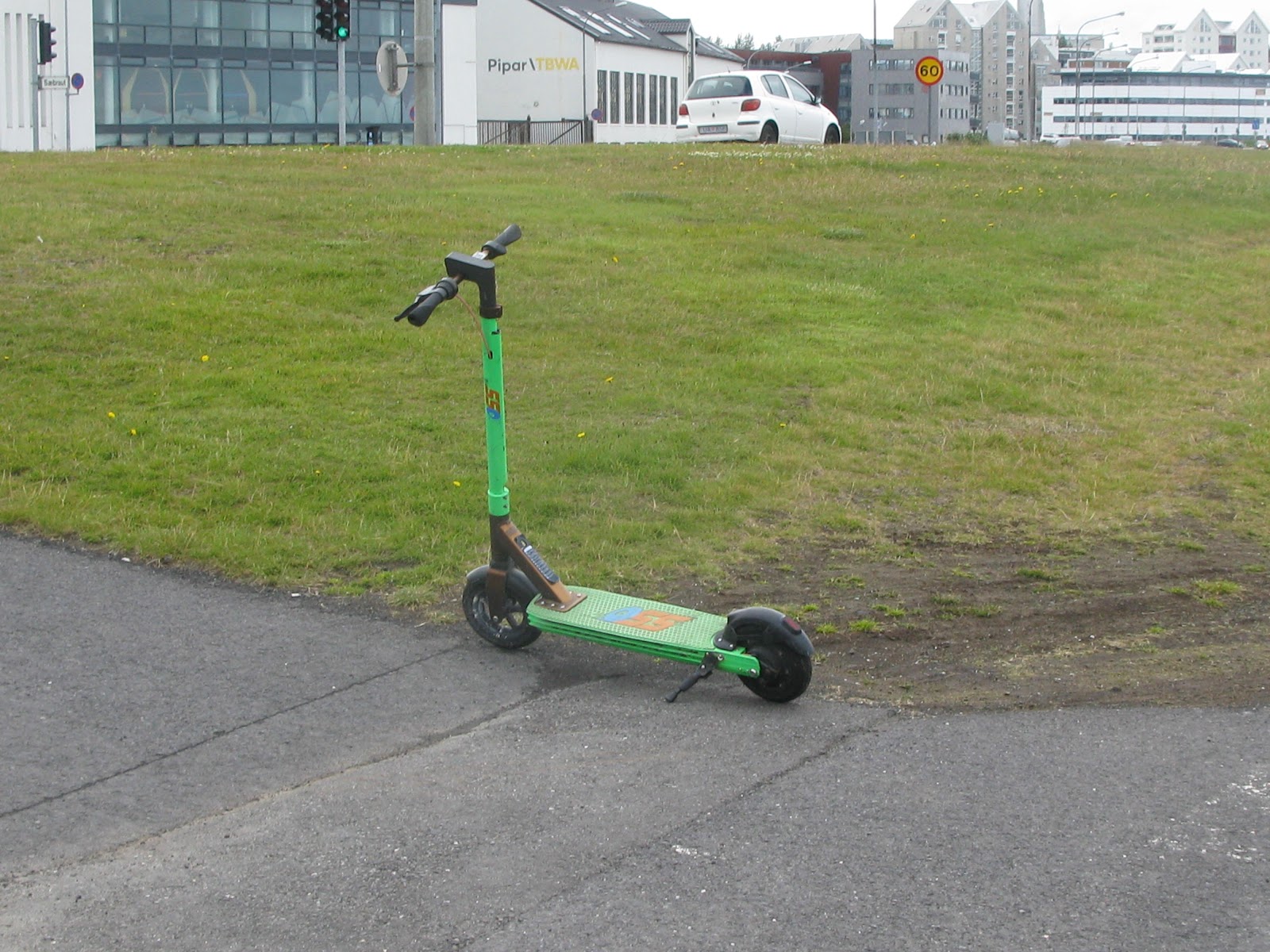 Reykjavik on a Sunday is very quiet.  We walked around the charming Old Harbour area located in Reykjavik's historic centre, had a coffee and did a little shopping.  I was pleased to be able to buy stamps for postcards rather than have them franked by the hotel.  It was great to be by the sea again after a number of years away. 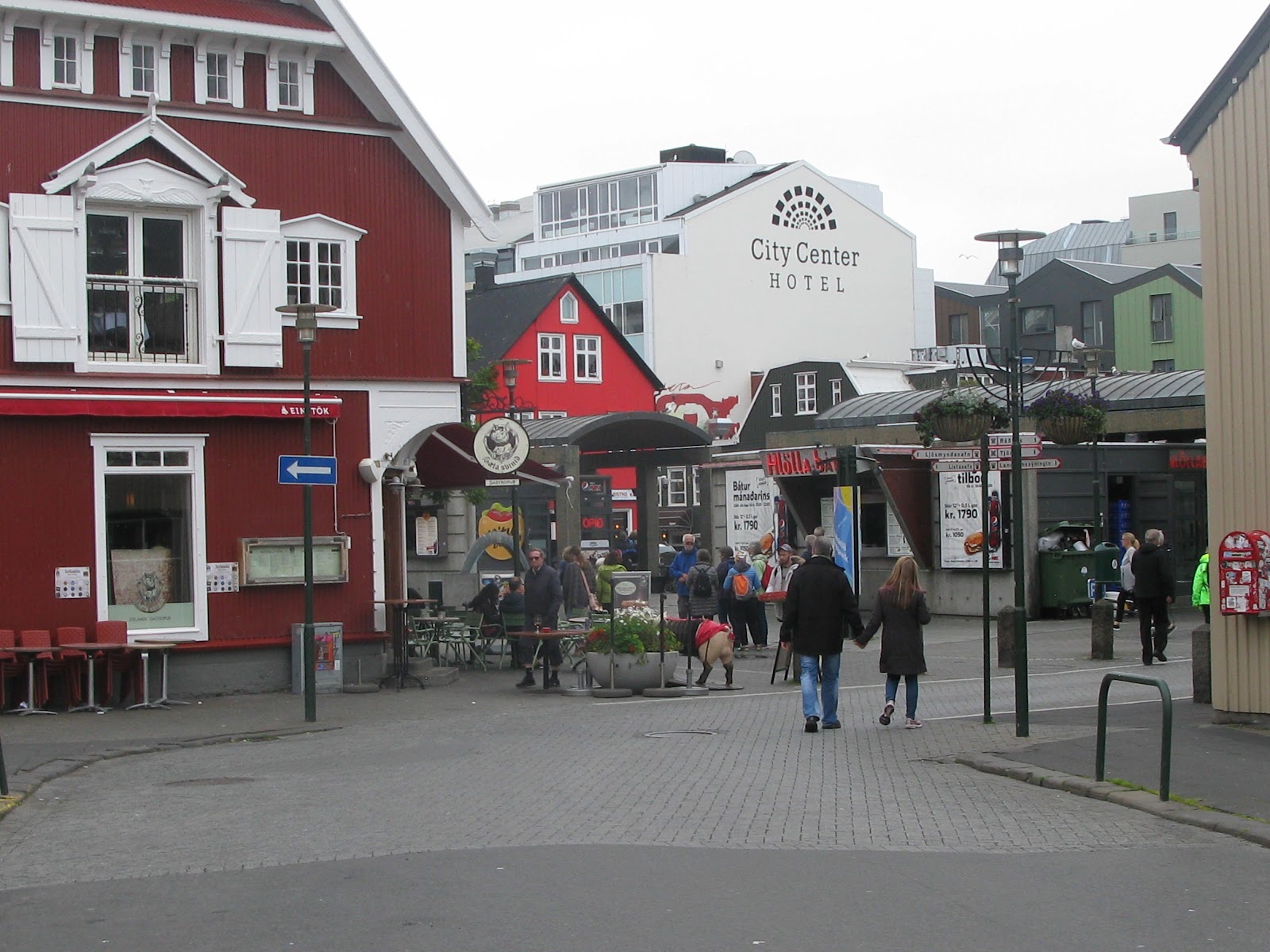 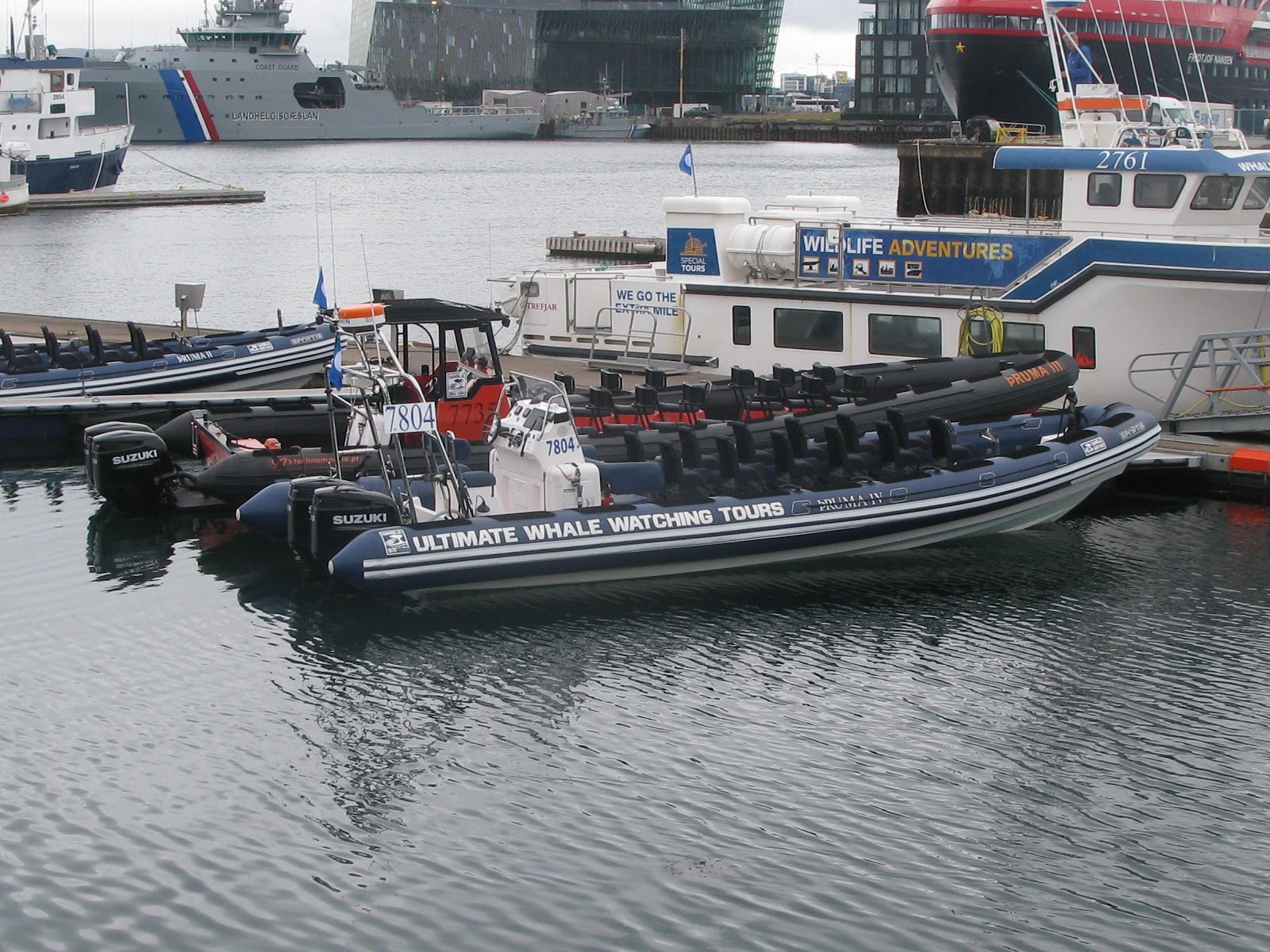 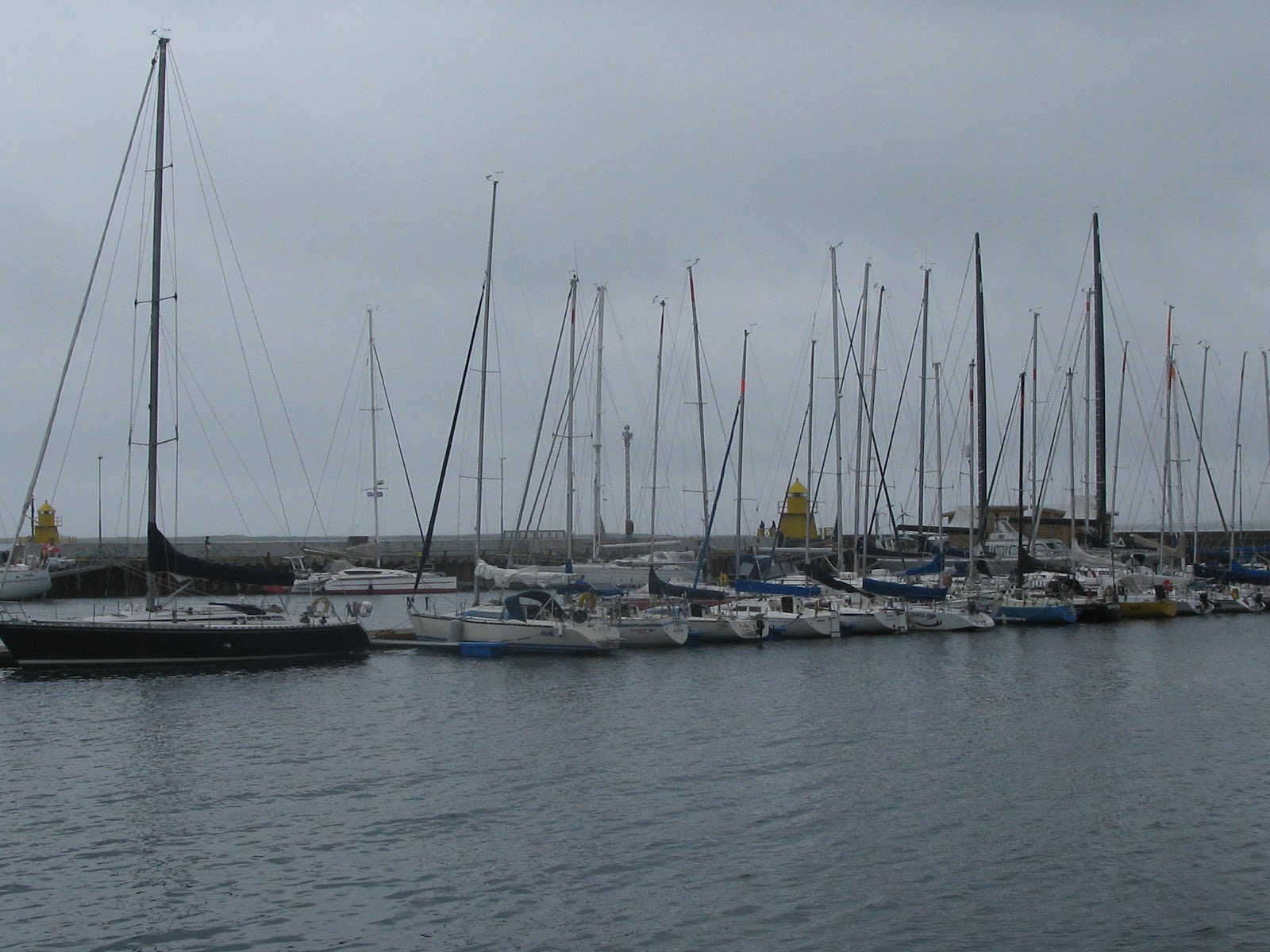 In the afternoon we took a long walk along the waterfront. 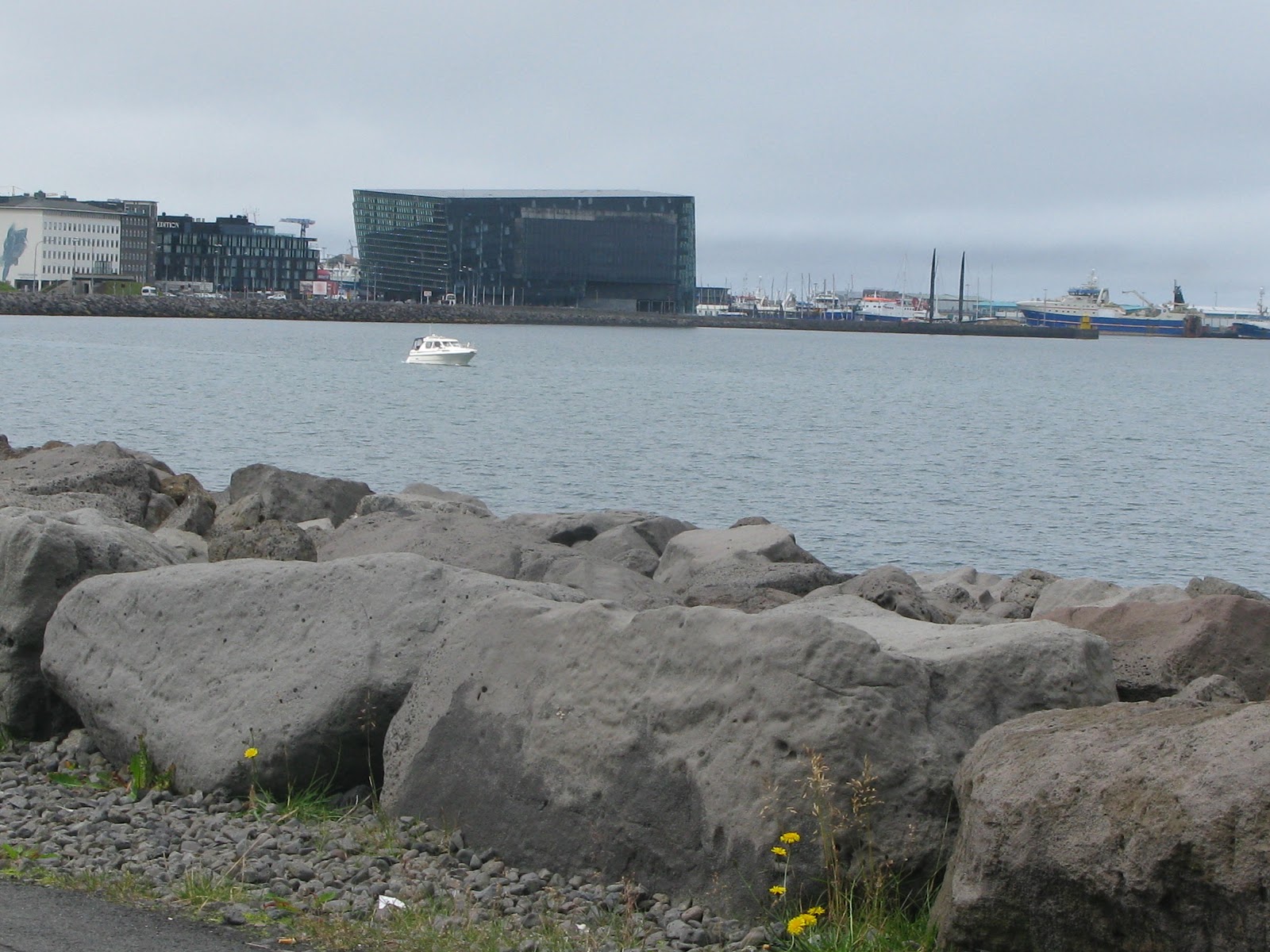 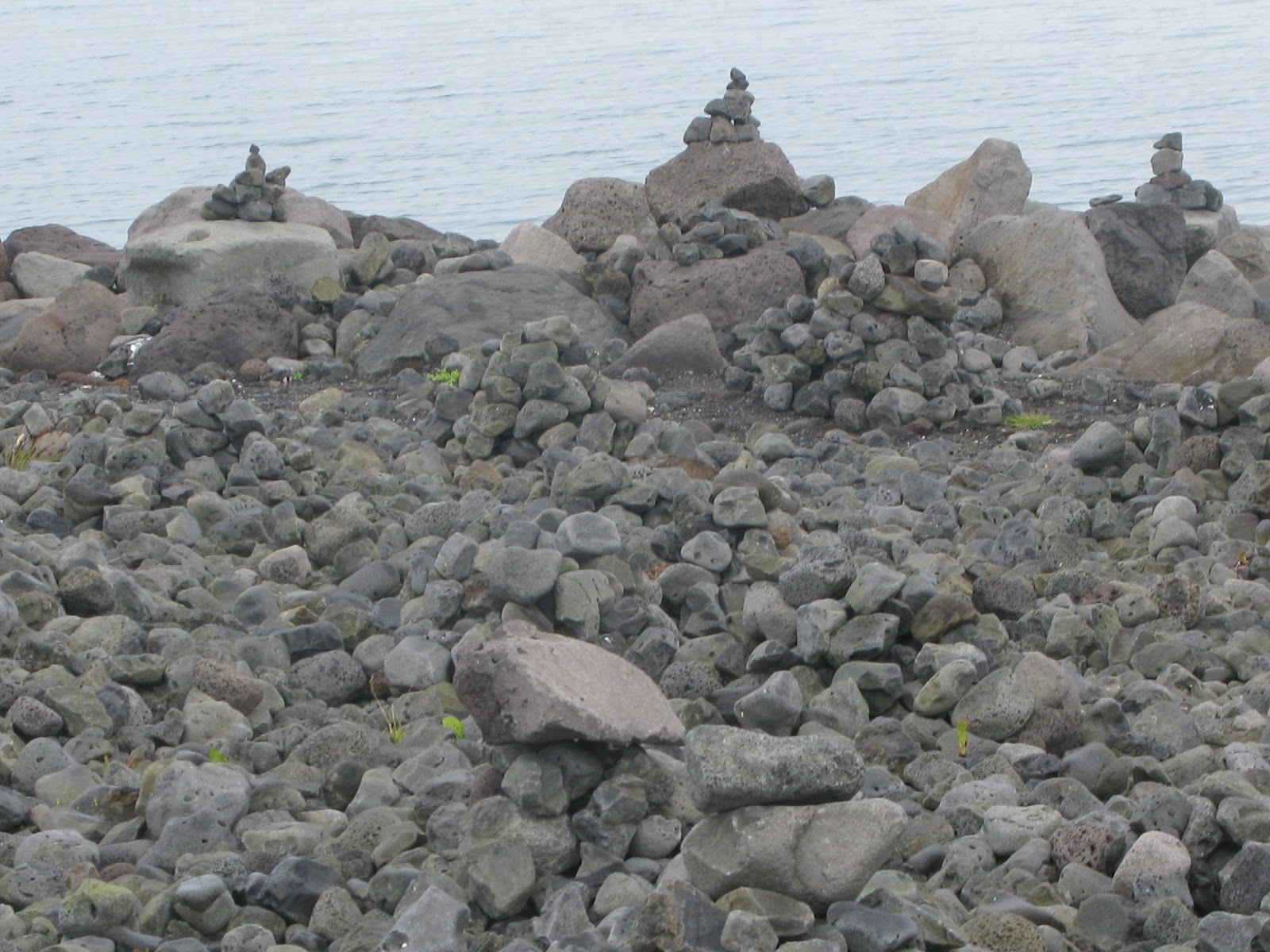 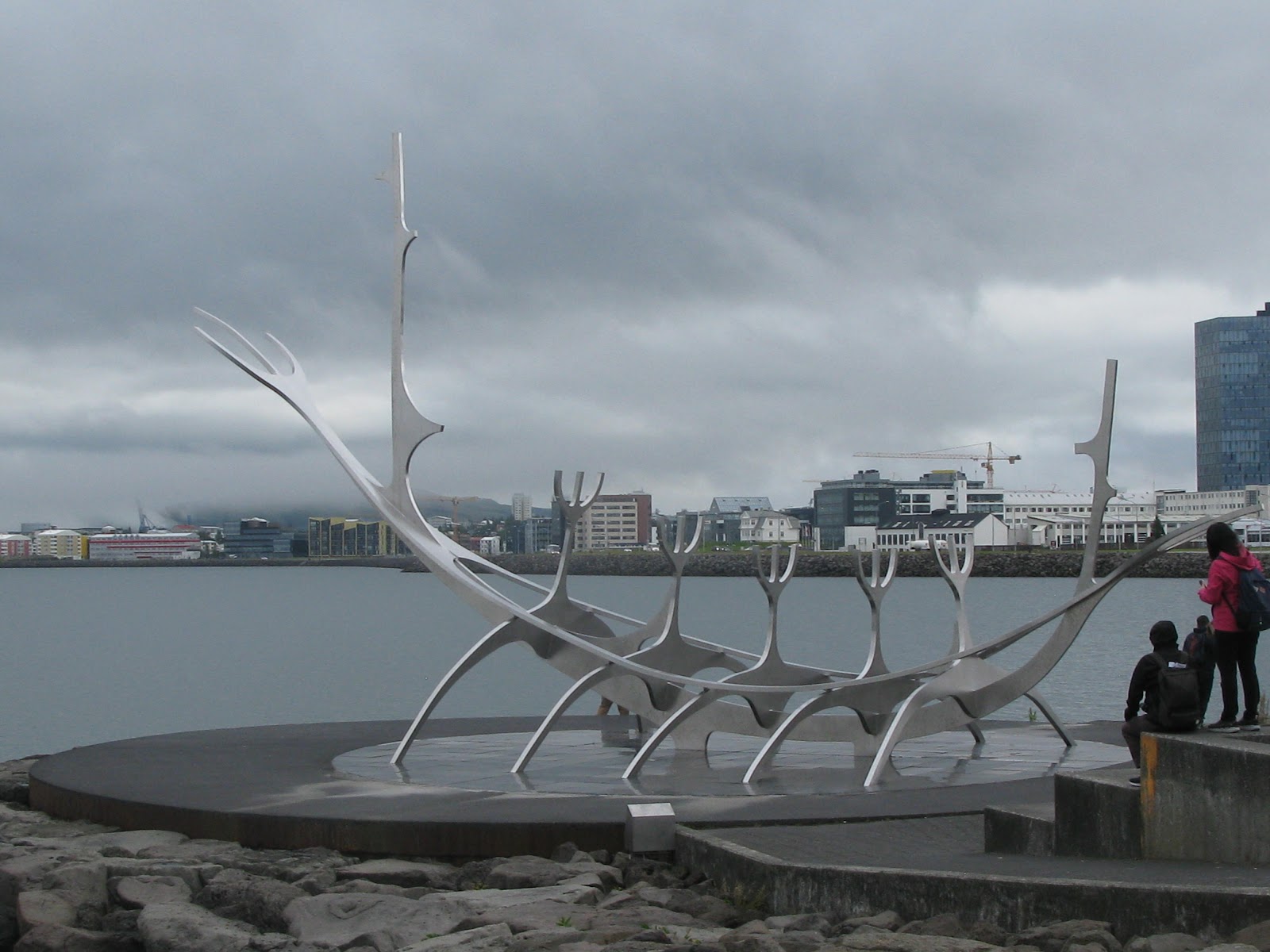 Our walk ended at a whitewashed building known as the Hofdi House.  A major world historical event took place here in 1986 when the presidents of Russia and the US, Mikhail Gorbachev and Ronald Reagan, met to end the Cold War. 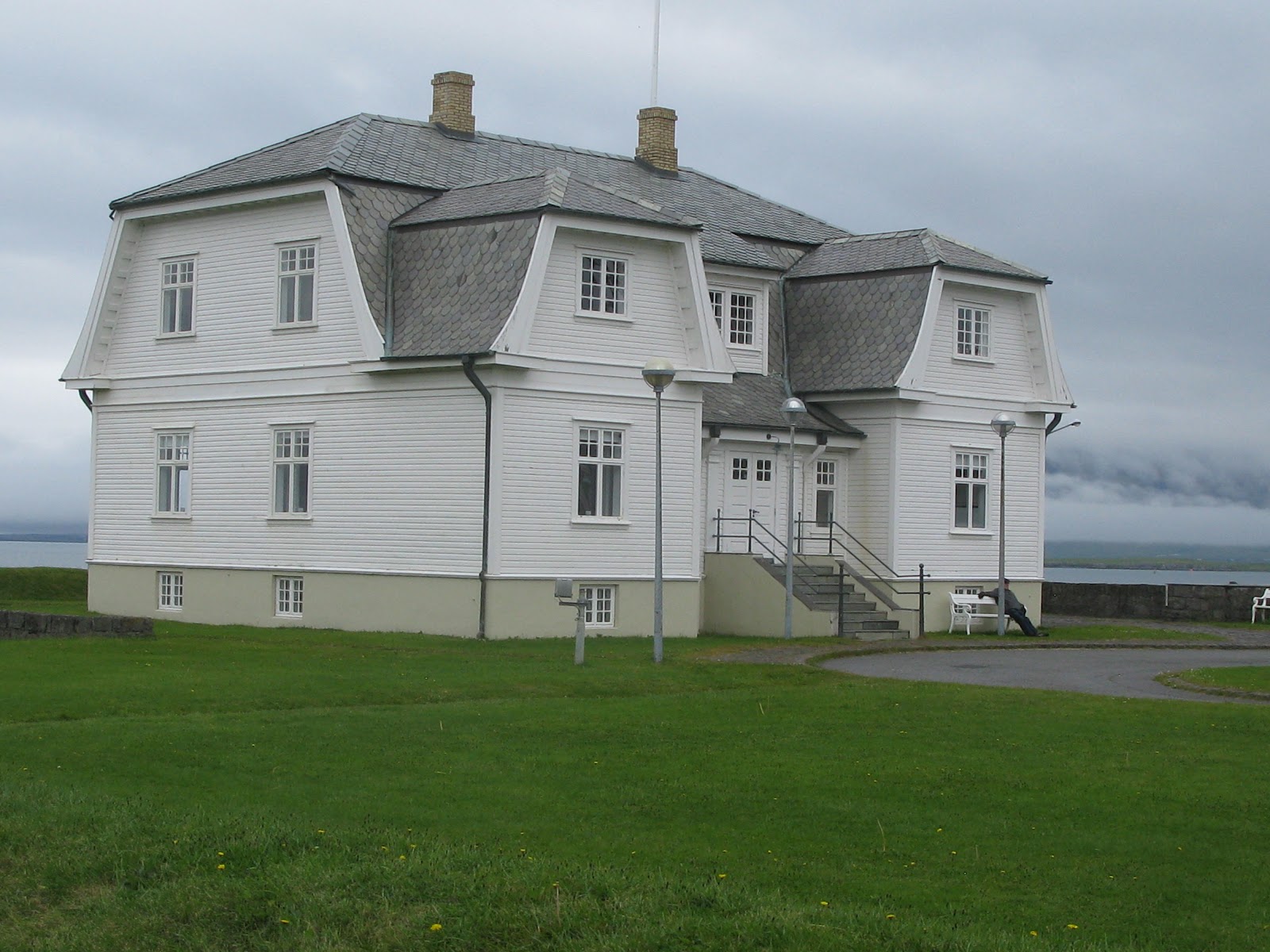