Today Ruth and I visited southern Iceland.  The scenery was spectacular as we journeyed past lava fields, volcanos and glaciers despite the wind and rain being mostly present.  This made taking pictures a bit of a challenge in some places.

Our first stop was to view the Eyjafjallajokull volcano.  In 2010, an eruption of this volcano sent clouds of ash and dust into the atmosphere, interrupting air travel between Europe and North America.  This was because of concerns that the material could damage jet engines. More than 100,000 flights were grounded, stranding millions of passengers. 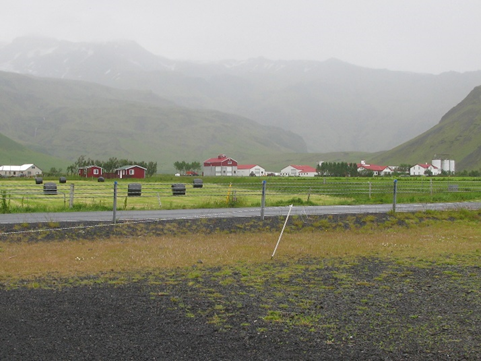 We then visited the Skogafoss waterfall.  Skogafoss is unique because the waterfall comes directly from two glaciers, Eyjafjallajokull and Myrdalsjokull. 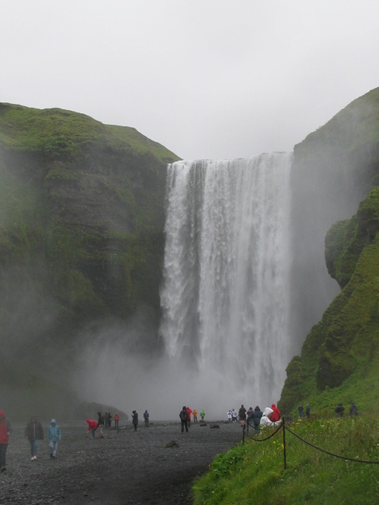 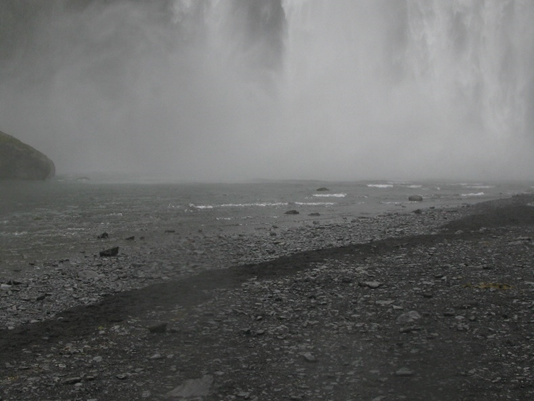 Reynisfjara is a world-famous black-sand beach, just beside the small fishing village of Vík í Mýrdal where we later had lunch.  The black sand is incredibly difficult to walk on.  Ruth had to help me keep me steady at one point.  Our guide Kris made us aware of the potential dangers present at the beach.  First of all, the rolling, roaring waves of Reynisfjara are particularly violent, often pushing far further up the beach than many would expect.  By the time we returned to the minibus we were like two drowned rats. 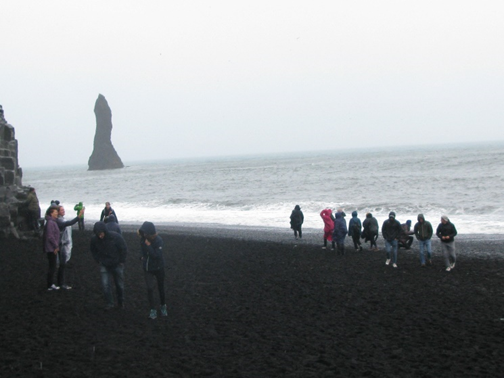 One obvious feature of Reynisfjara  was the rocky sea stacks sitting off the shoreline, known as Reynisdrangar.  According to local folklore, these large basalt columns were once trolls trying to pull ships from the ocean to shore.  However, these trolls were dim and went out too late in the night; dawn broke on the horizon, turning the trolls into solid stone. 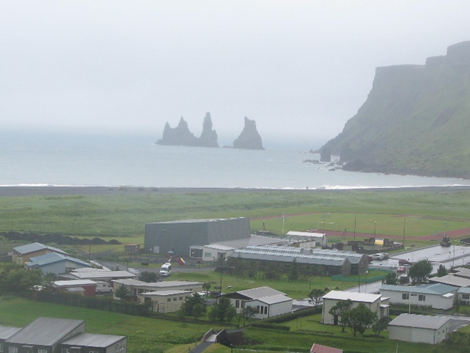 Ruth and I had lunch in a brewery restaurant in Vík í Mýrdal.  I tried one of the house beers which was good, hoppy as I like my beer. 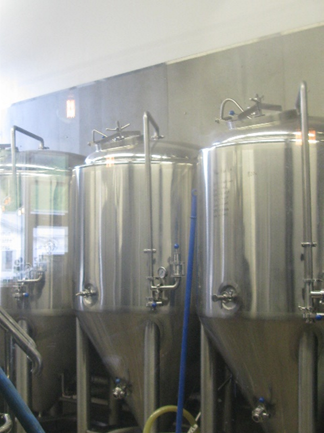 After lunch we went to see the Mýrdalsjökull Glacier which is the fourth largest glacier in Iceland, about 600 km2.  The part of the glacier covering the caldera of the powerful Katla volcano is about 750 meters of ice.  Katla is very active and has erupted on average once every 60 years. The last eruption was in 1918.  Katla is very powerful and, during her eruptions, brings huge amounts of melted glacier ice in a very short time.  This causes huge glacier floods which jeopardises local settlements. 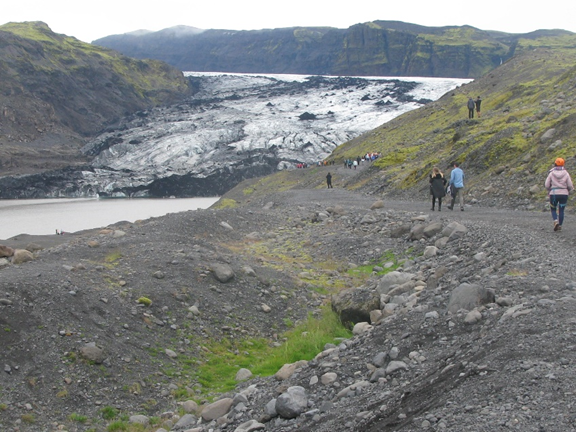 Our guide offered to take a picture of Ruth and I by the glacier. 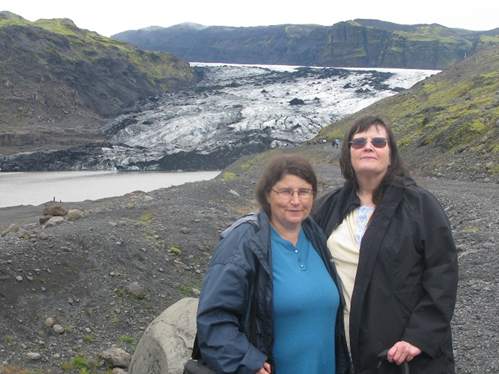 We made a short stop to look at an Icelandic turf house.  These turf houses would have a large foundation made of flat stones.  Upon this was built a wooden frame which would hold the load of the turf.  The turf would then be fitted around the frame in blocks 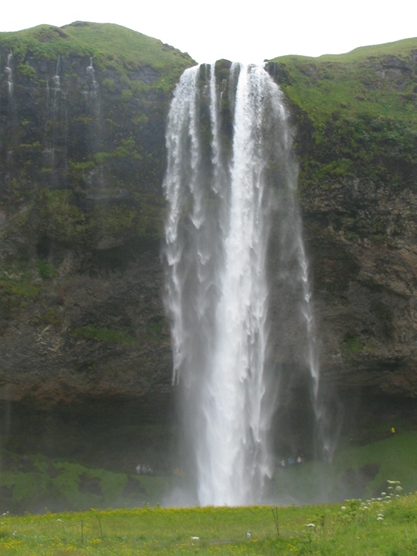