Our last full day of the cruise was spent seeing the Golden Circle, reportedly the most unique and scenic drive in the world, and visiting the famous Blue Lagoon.

We first visited Þingvellir National Park in order to see the Almannagjá Gorge.  The gorge has been formed where the North American and Eurasian tectonic plates meet.  However, the makeup of this area has changed dramatically over the years due to the slow but steady movement apart of the plates.  Along the trench, the rate of convergence ranges from 5 cm/year on the east to 7.8 cm/year on the west.

Almannagjá Gorge was also one of the prime locations for the old Icelandic parliament known as the Alþingi.  Today's Alþingi can be found in downtown Reykjavík.

Gullfoss is the largest waterfall in Europe in terms of volume.  This spectacular waterfall is fed from the wide Hvítá river as it travels from Langjökull, Iceland’s second-largest glacier.  We followed a path to obtain various views of the massive, two-tiered waterfall below. 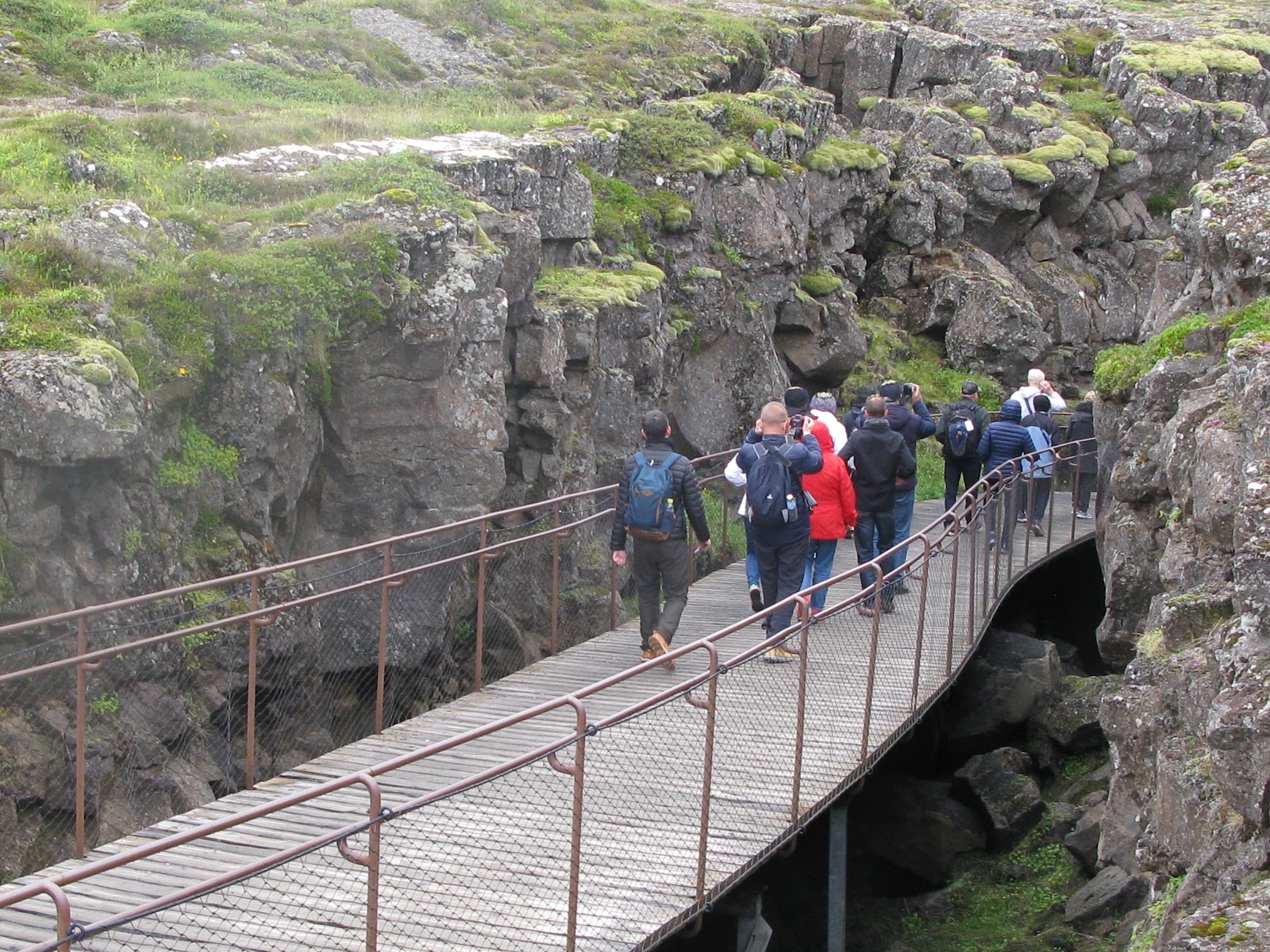 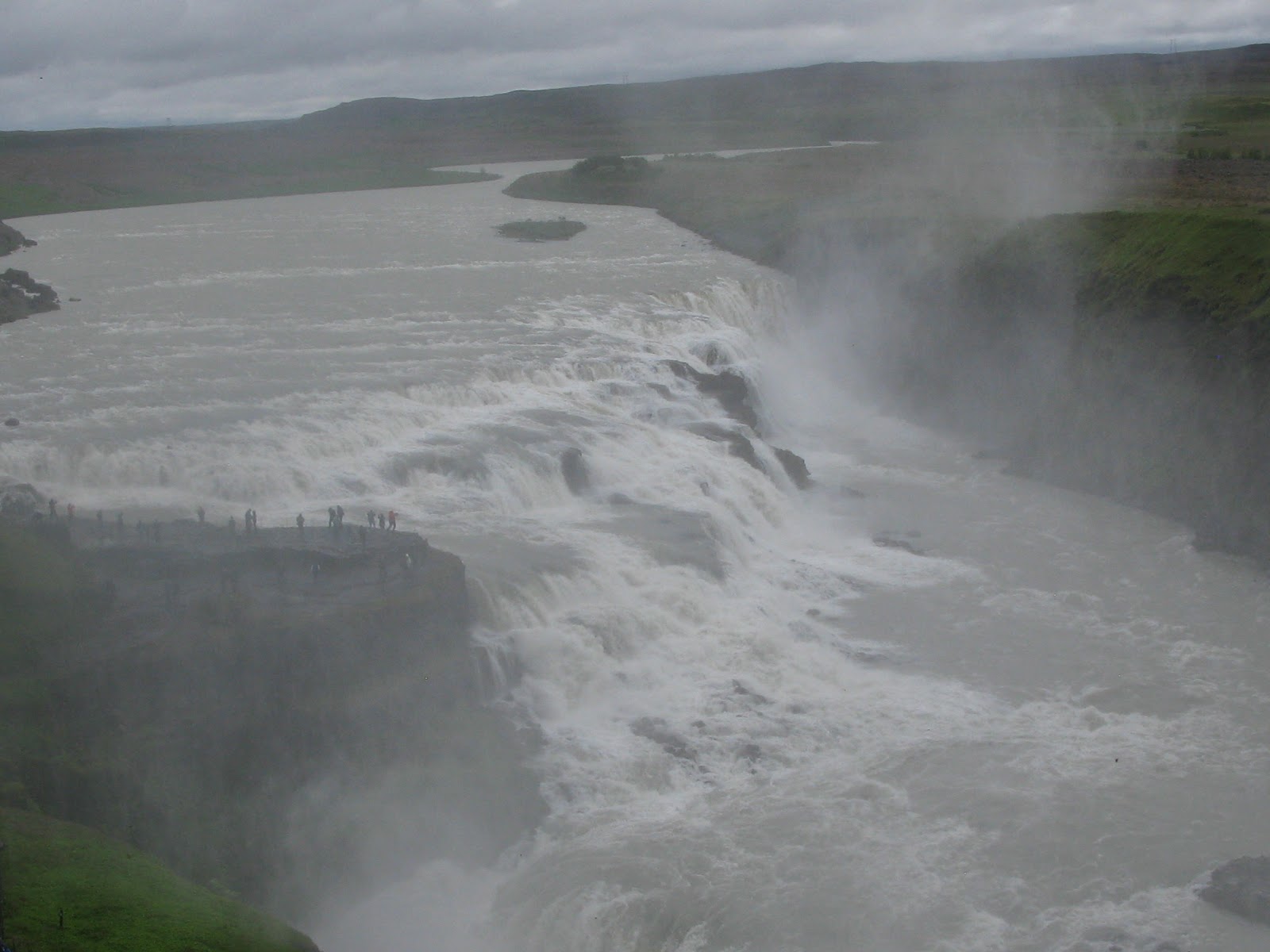 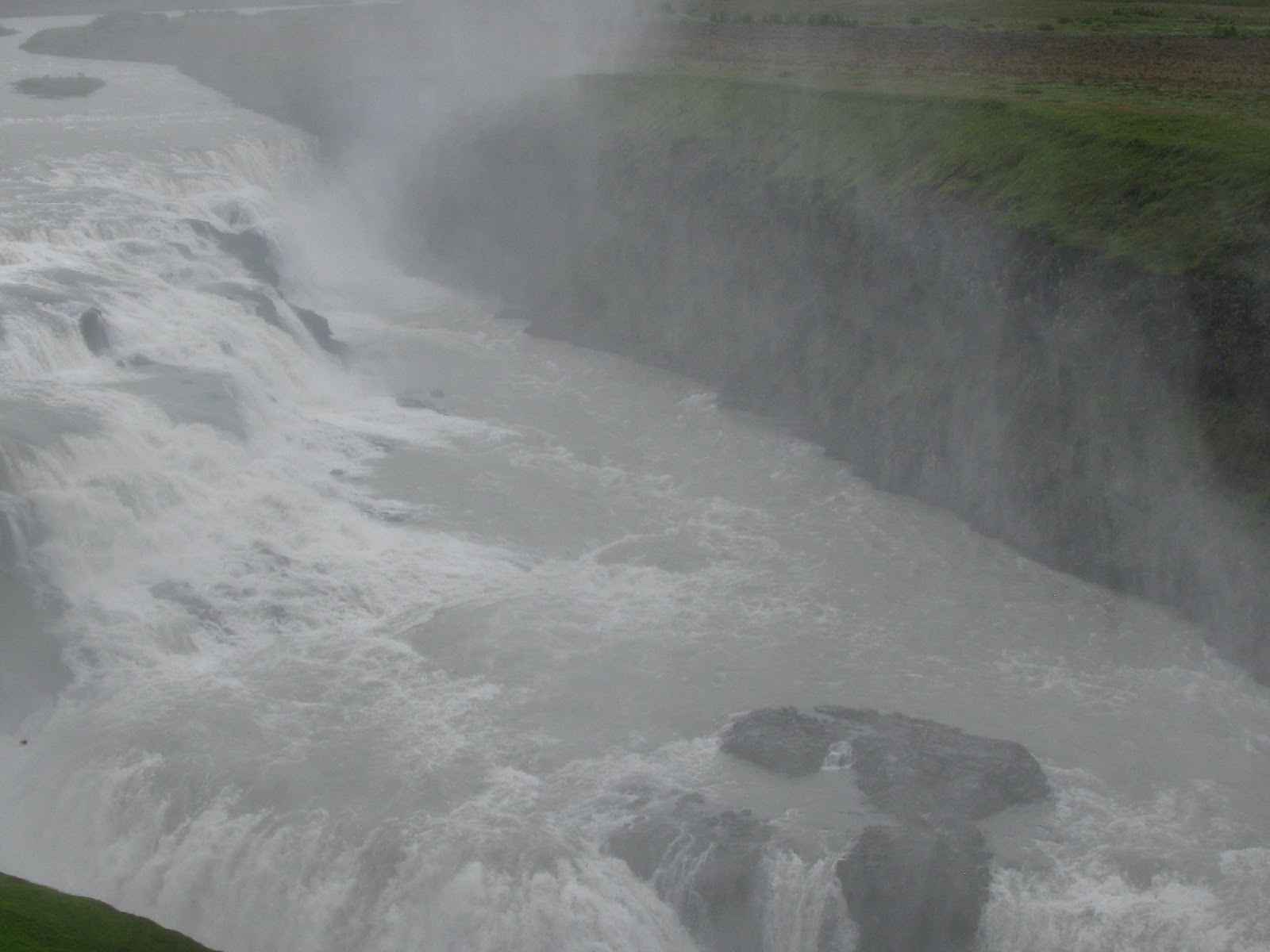 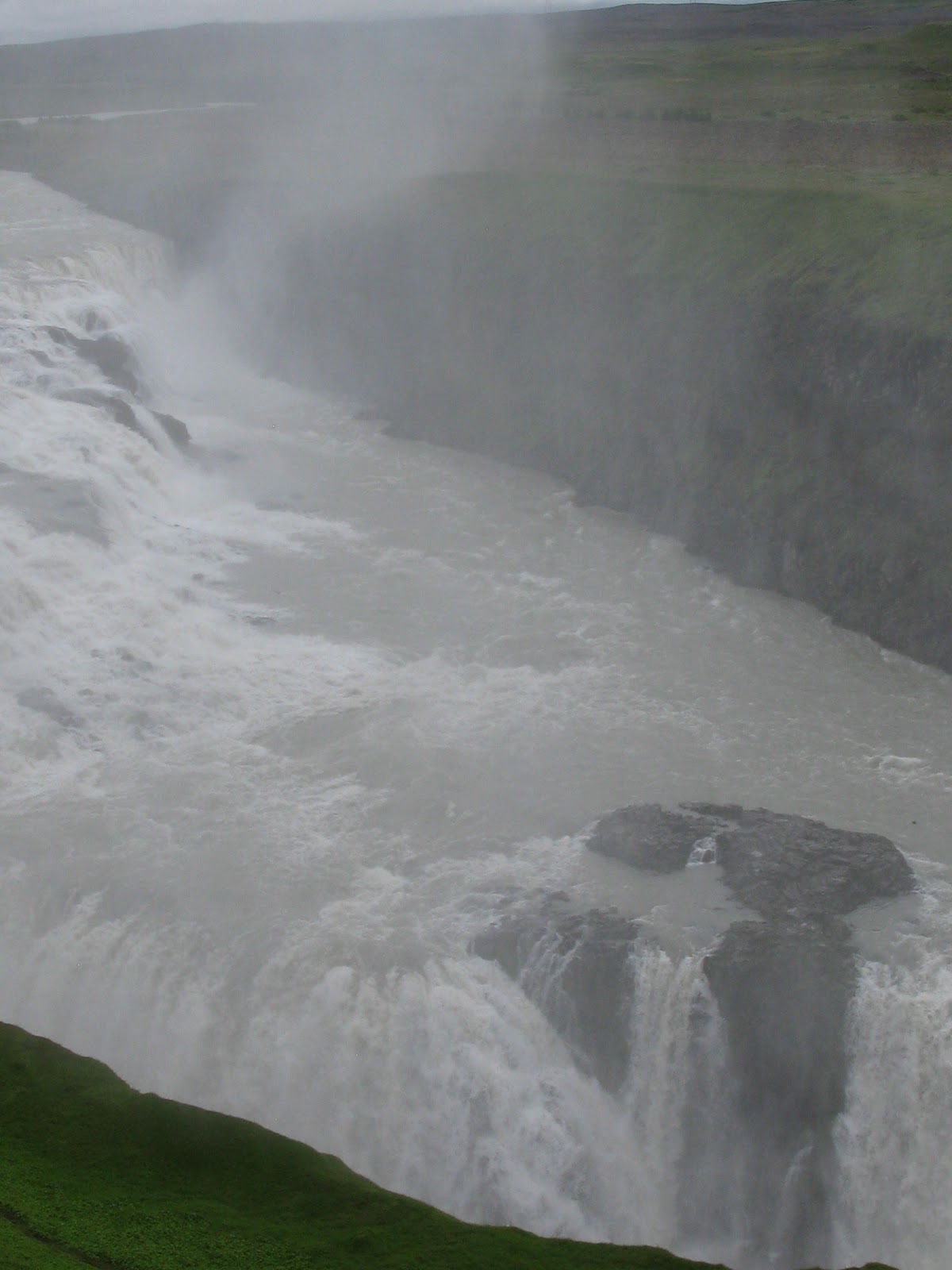 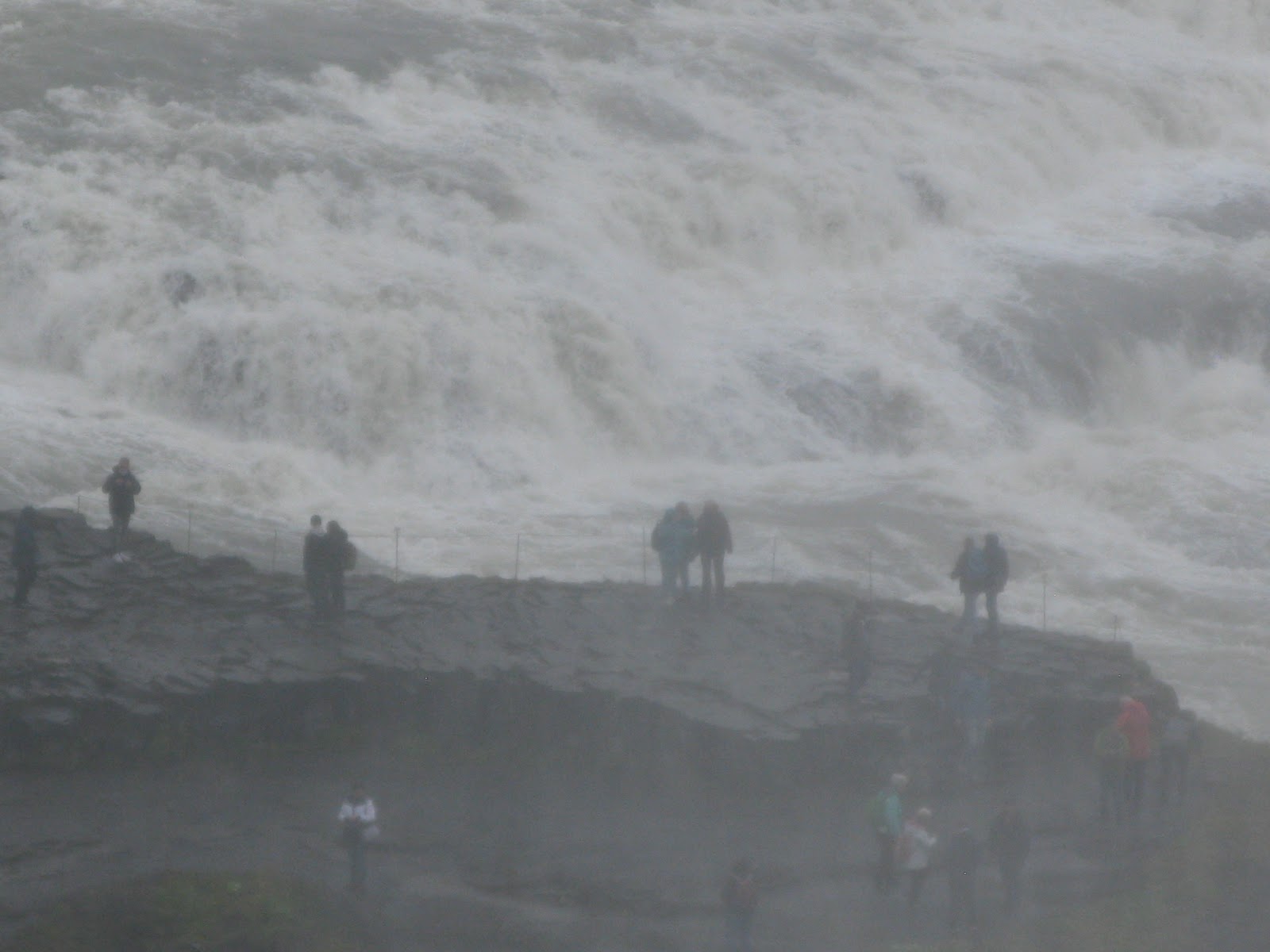 Along the Haukadalur valley lies one of the most active geothermal areas in Iceland, home to a number of geysers - including one called Geysir, which is where the English word originally comes from.  Geysir, which is said to be the first known to modern Europeans, has been inactive for some time however we saw the nearby Strokkur erupt. 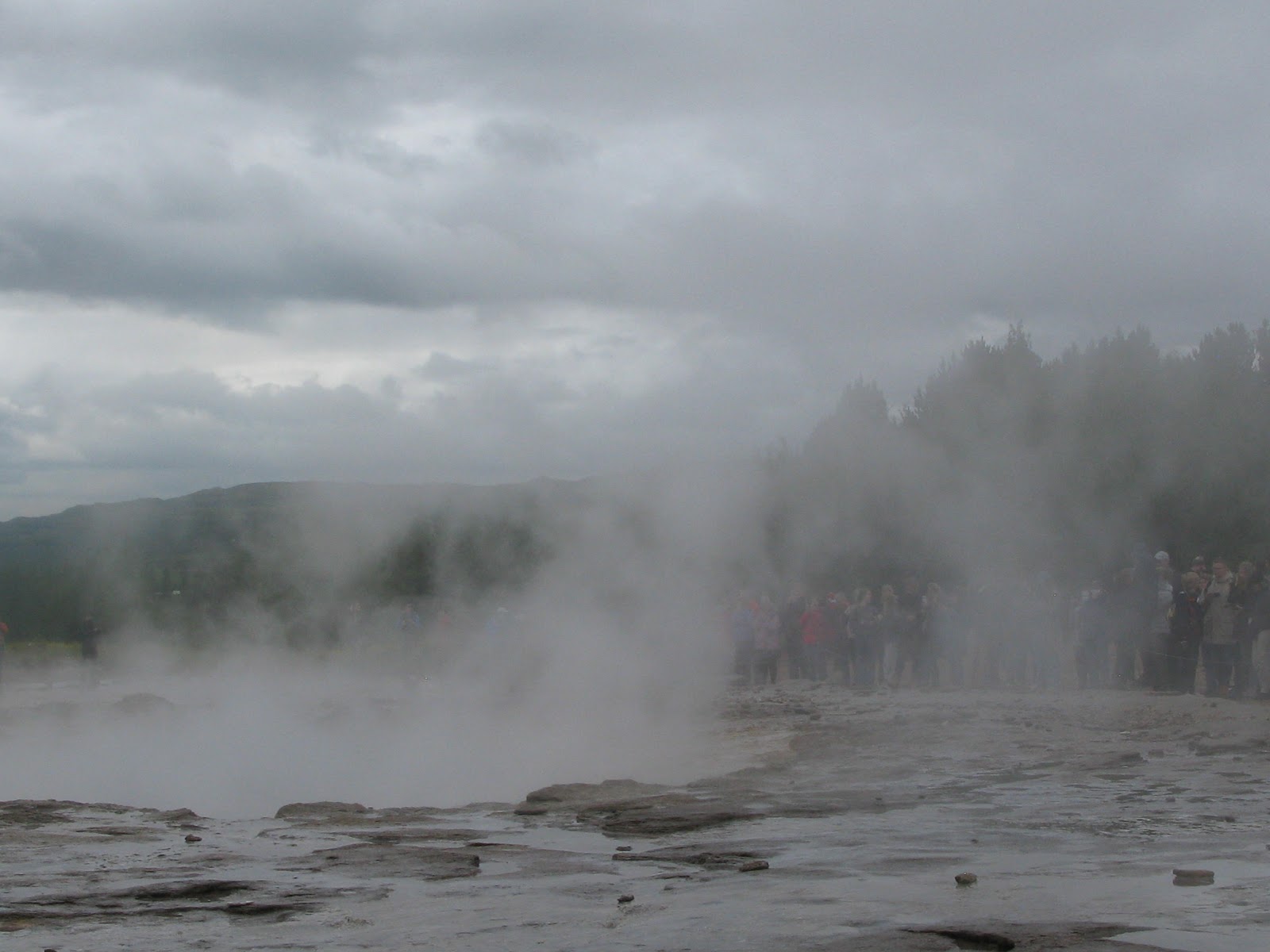 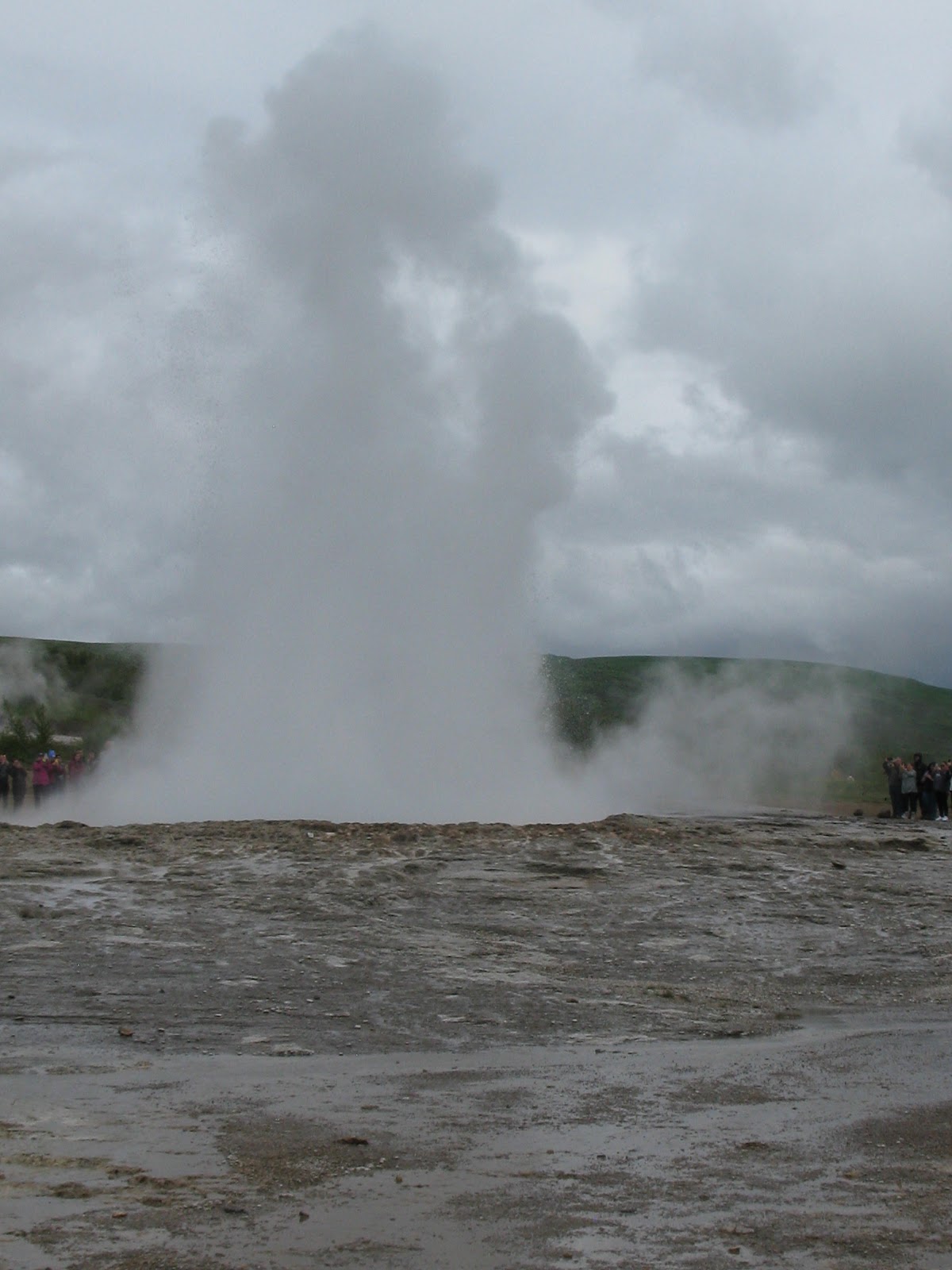 We sopped at Friðheimar Farm for lunch. At Friðheimar, Knútur Rafn Ármann and his family grow tomatoes hydroponically under artificial lighting in greenhouses all year round despite Iceland’s inhospitable winters.  They also brew tomato beer which I did not try.
After we visited the greenhouses, lunch was held in among the tomato plants.  We had the most delicious homemade tomato based lunch including tomato cheesecake in a plant pot 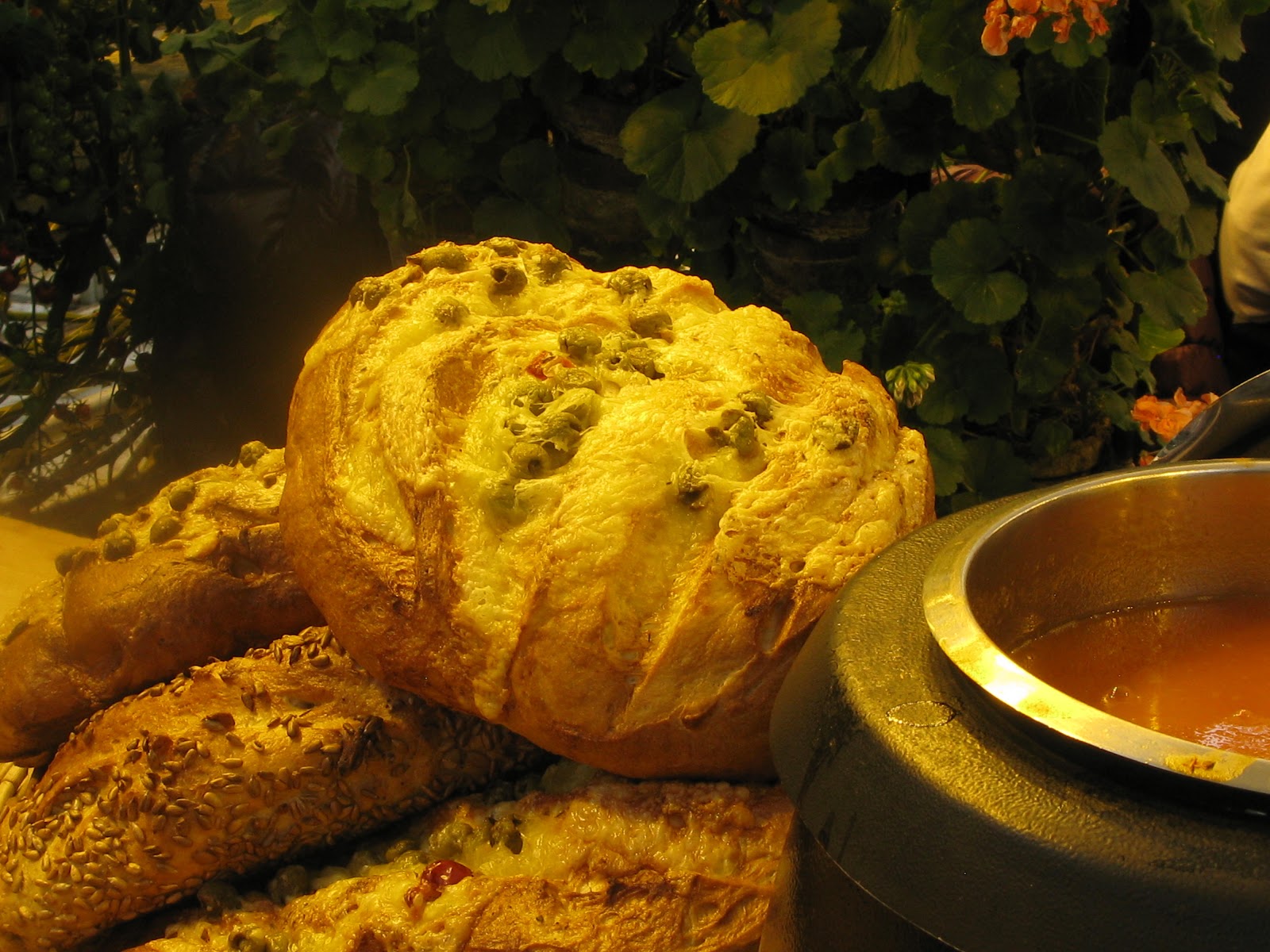 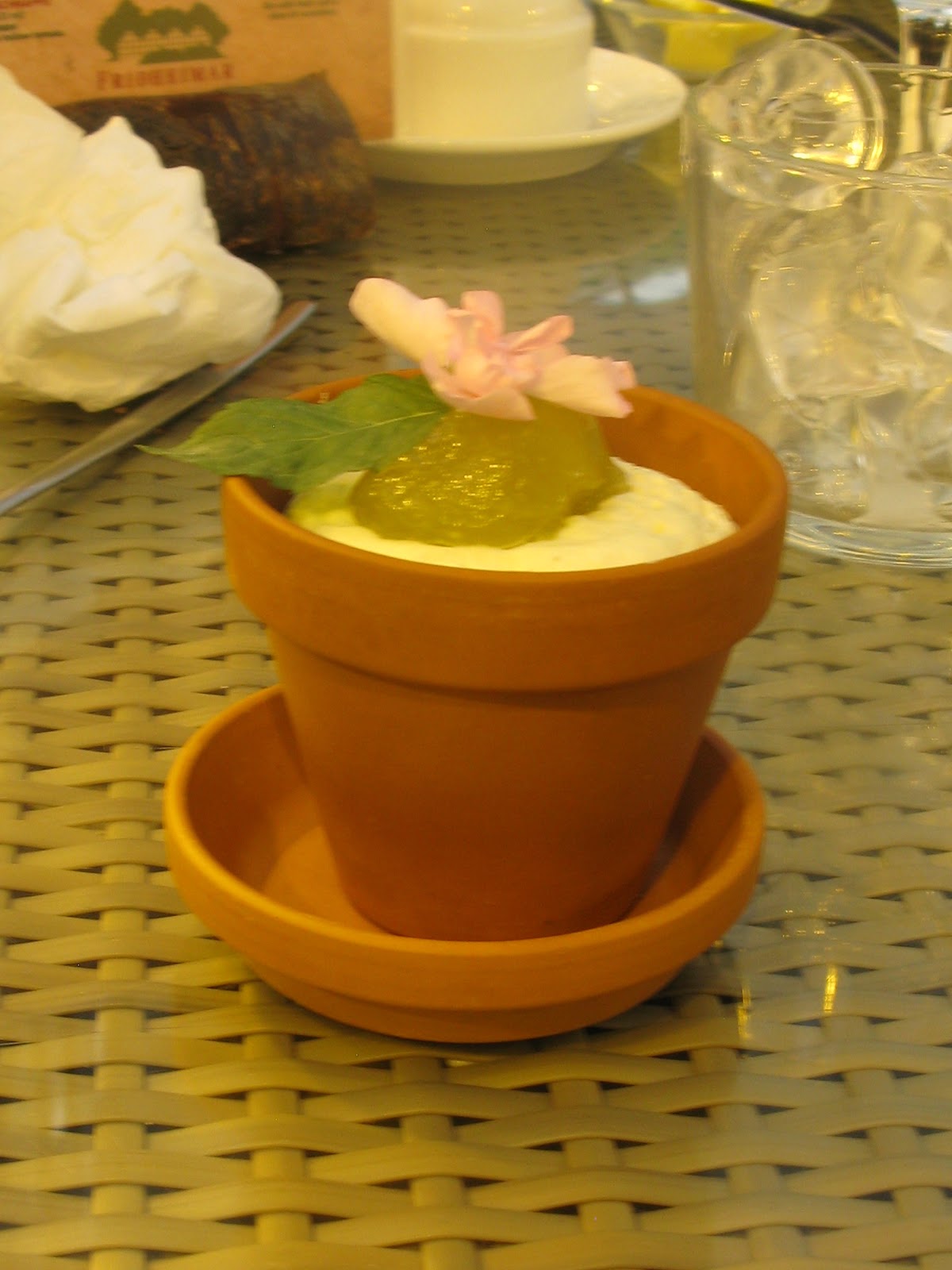 Knútur Rafn Ármann and his family also breed horses.  They put on a short horse show for us after lunch.  I was delighted to see Icelandic horses up close as the previous Icelandic horses I'd seen were at a distance. 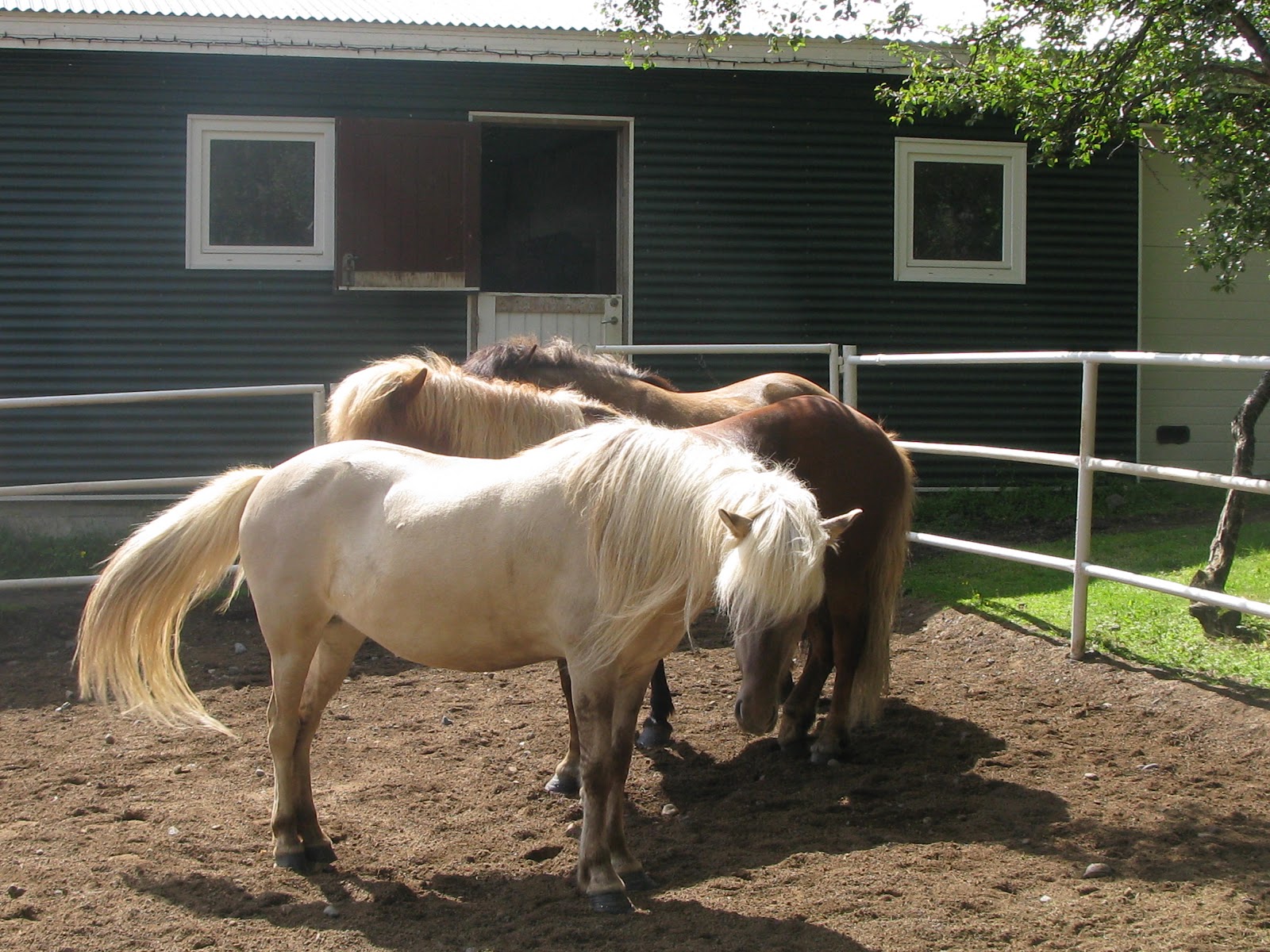 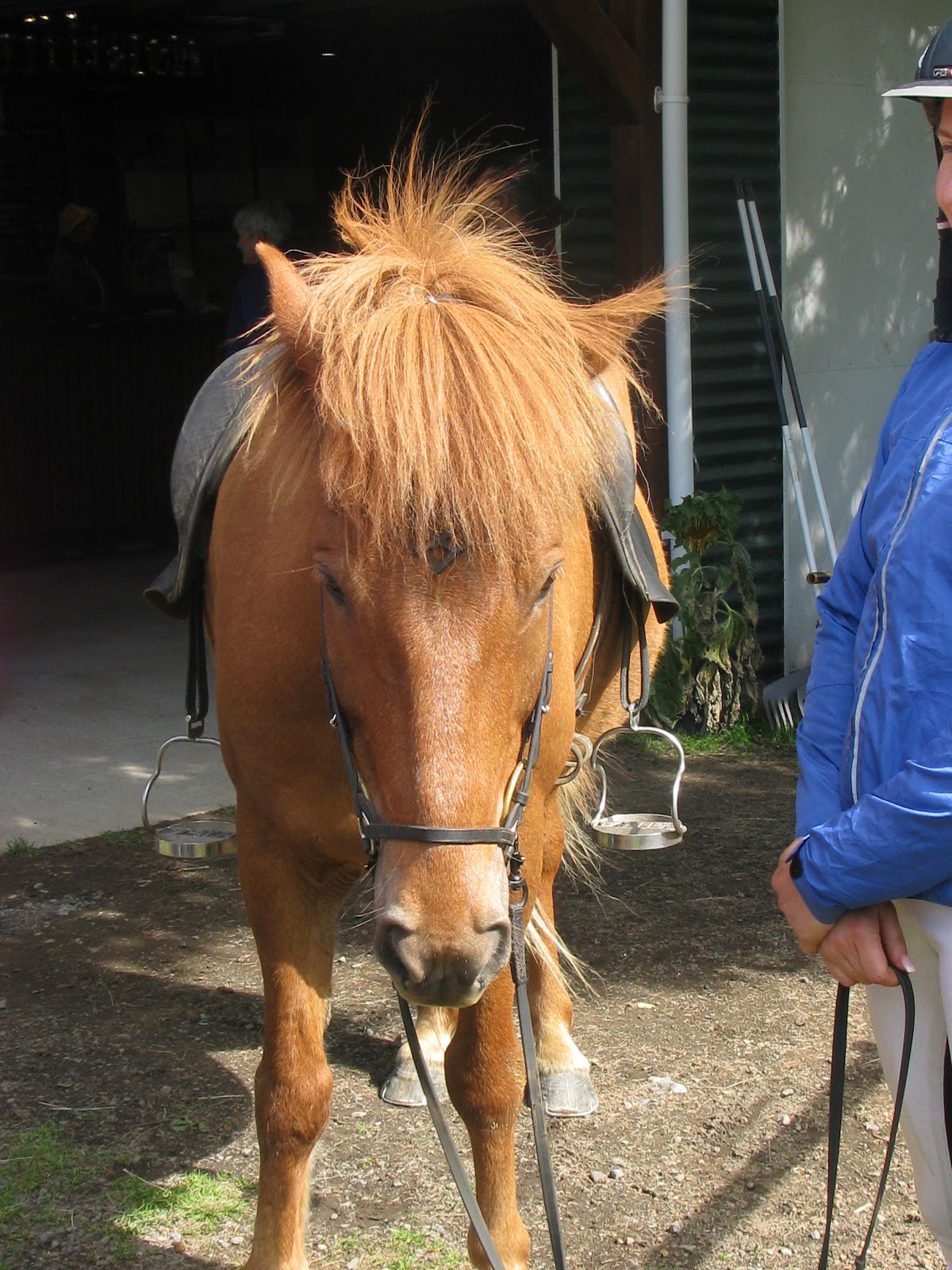 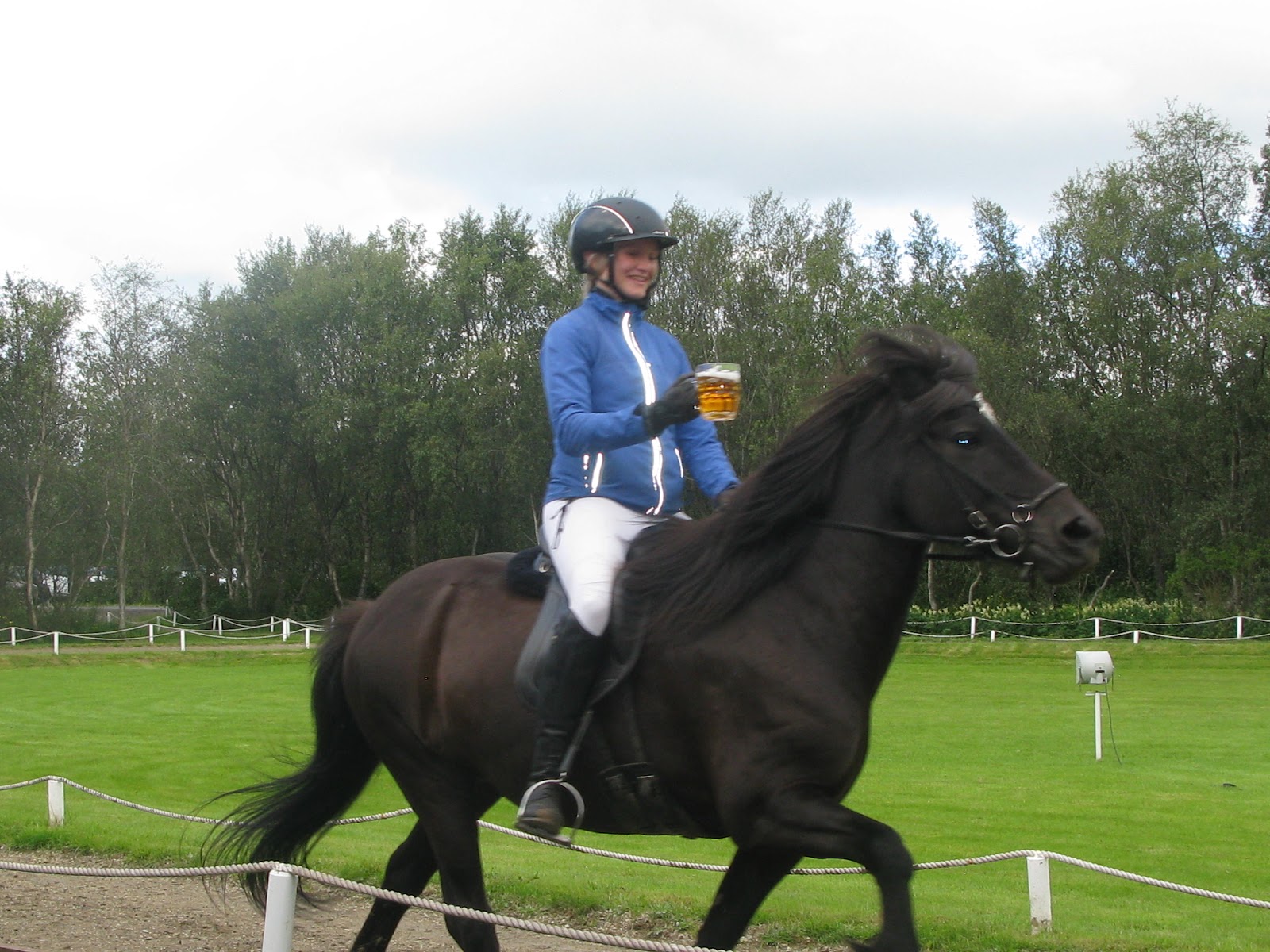 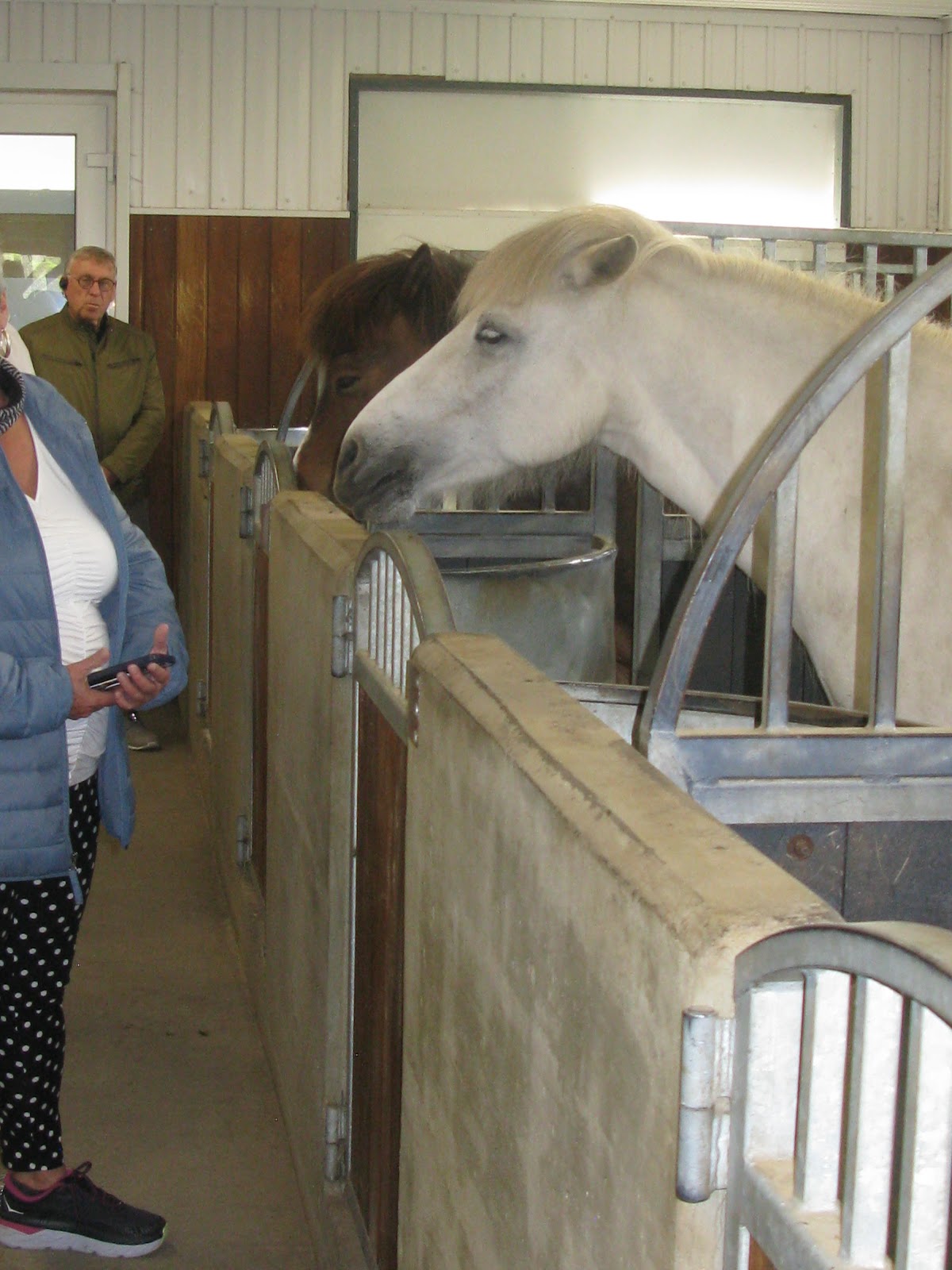 The Blue Lagoon was a perfect place to unwind after a busy day sightseeing.  We spent our time there relaxing in geothermal outdoor pools with a drink.  I tried a silica facial mud mask which seems to have improved my skin a little. 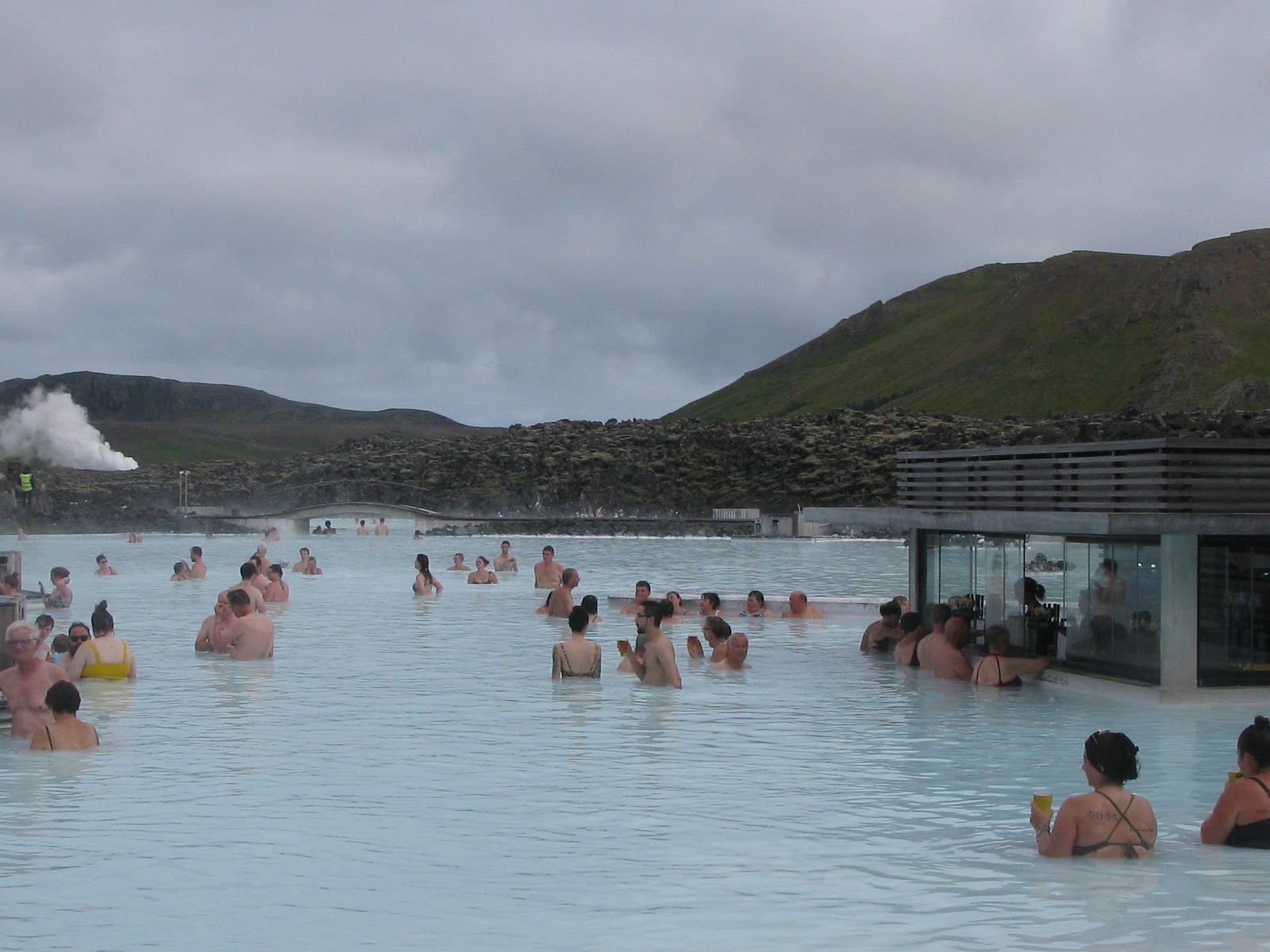