On the way to our destination of the island of Heimaey we passed the island of Surtsey.  Surtsey is a new island formed by volcanic eruptions in 1963-67.   Ruth has wanted to see Surtsey ever since she saw its formation on the television when she was a child.  Surtsey has been legally protected from human interference from its birth and provides the world with a pristine natural laboratory.  The island of Surtseyhas produced long-term information on the colonisation process of new land by plant and animal life. 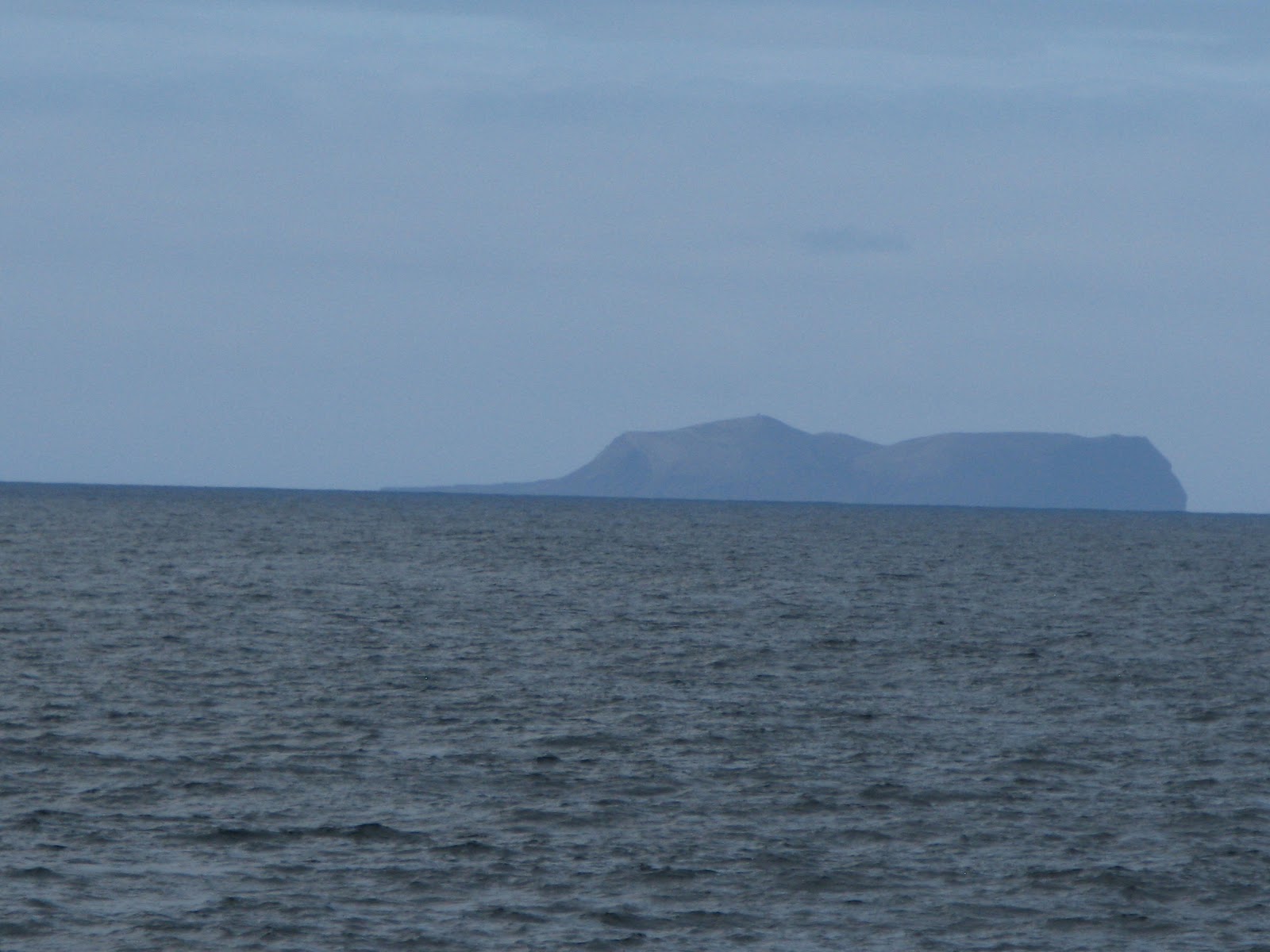 It was a very wet and foggy day when we visited Heimaey, indeed very much typical Icelandic weather.  The entrance to the harbour requires a pilot and we were able to see the pilot being dropped off on Le Bellot from our balcony. 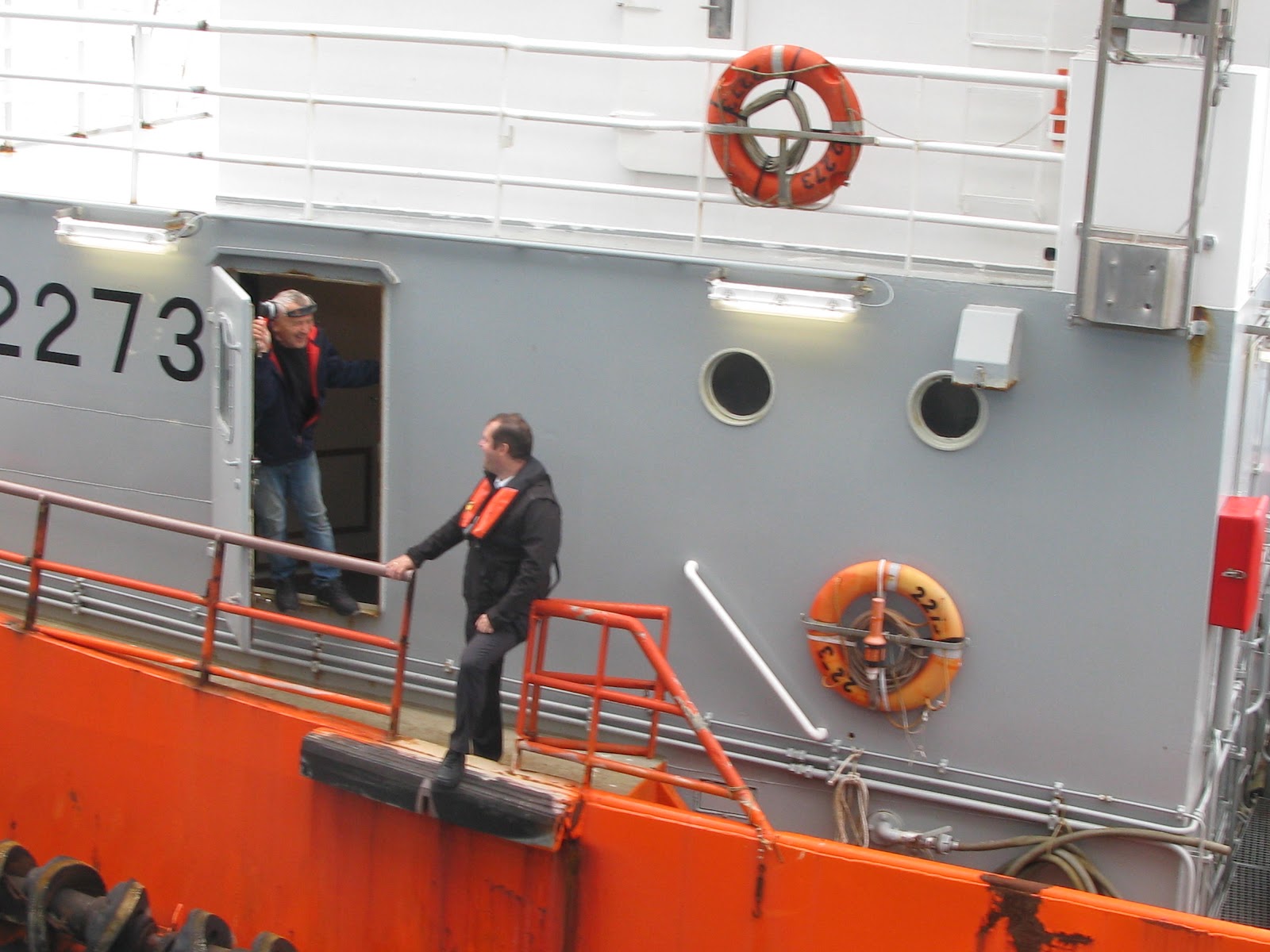 There were also some spectacular cliffs on the way into the harbour. 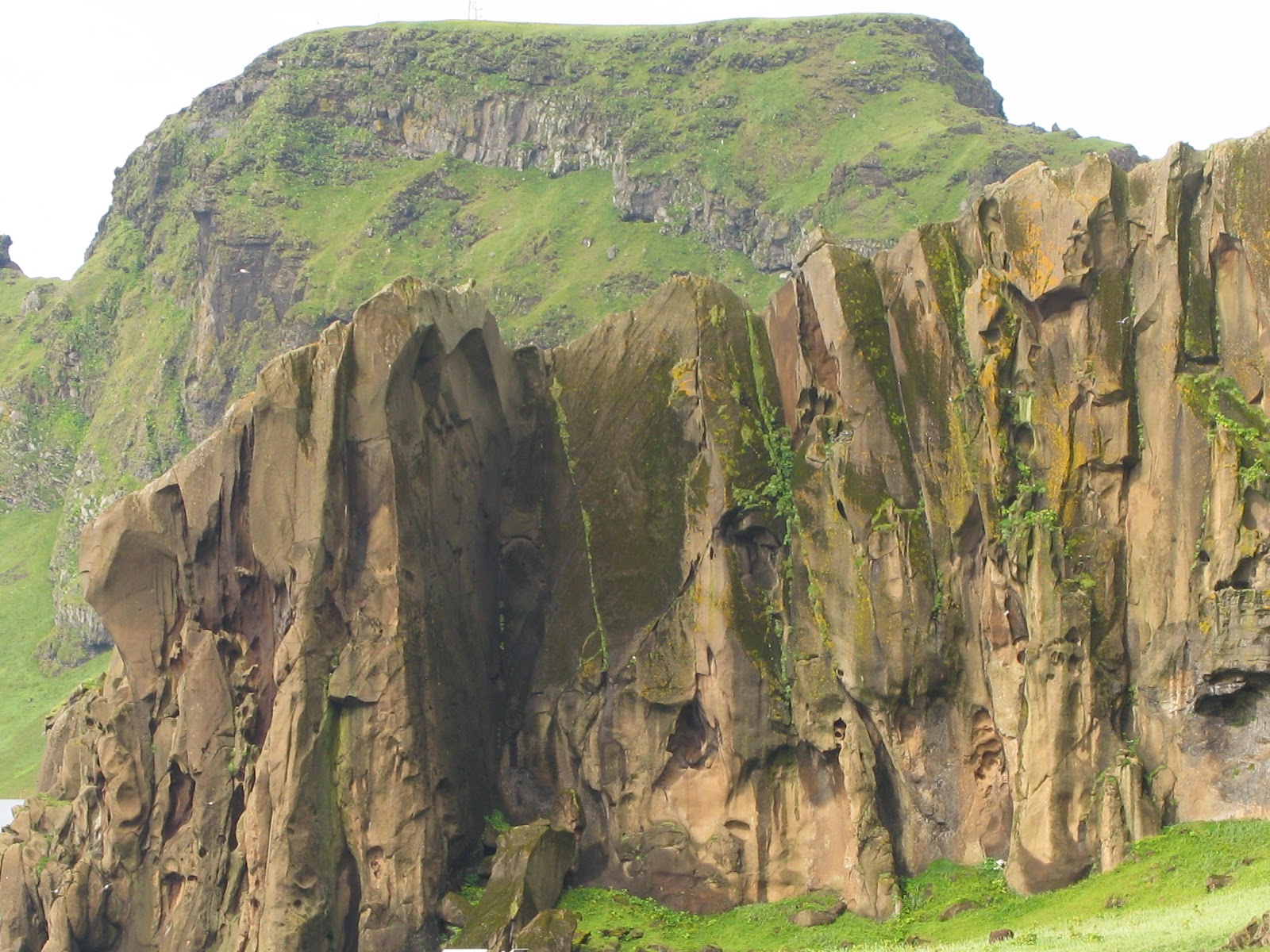 Next to the golf course were some reproduction sod houses.  These houses were typical of early settlers on Heimaey.

The town of Heimaey is located in a beautiful spot on the island. 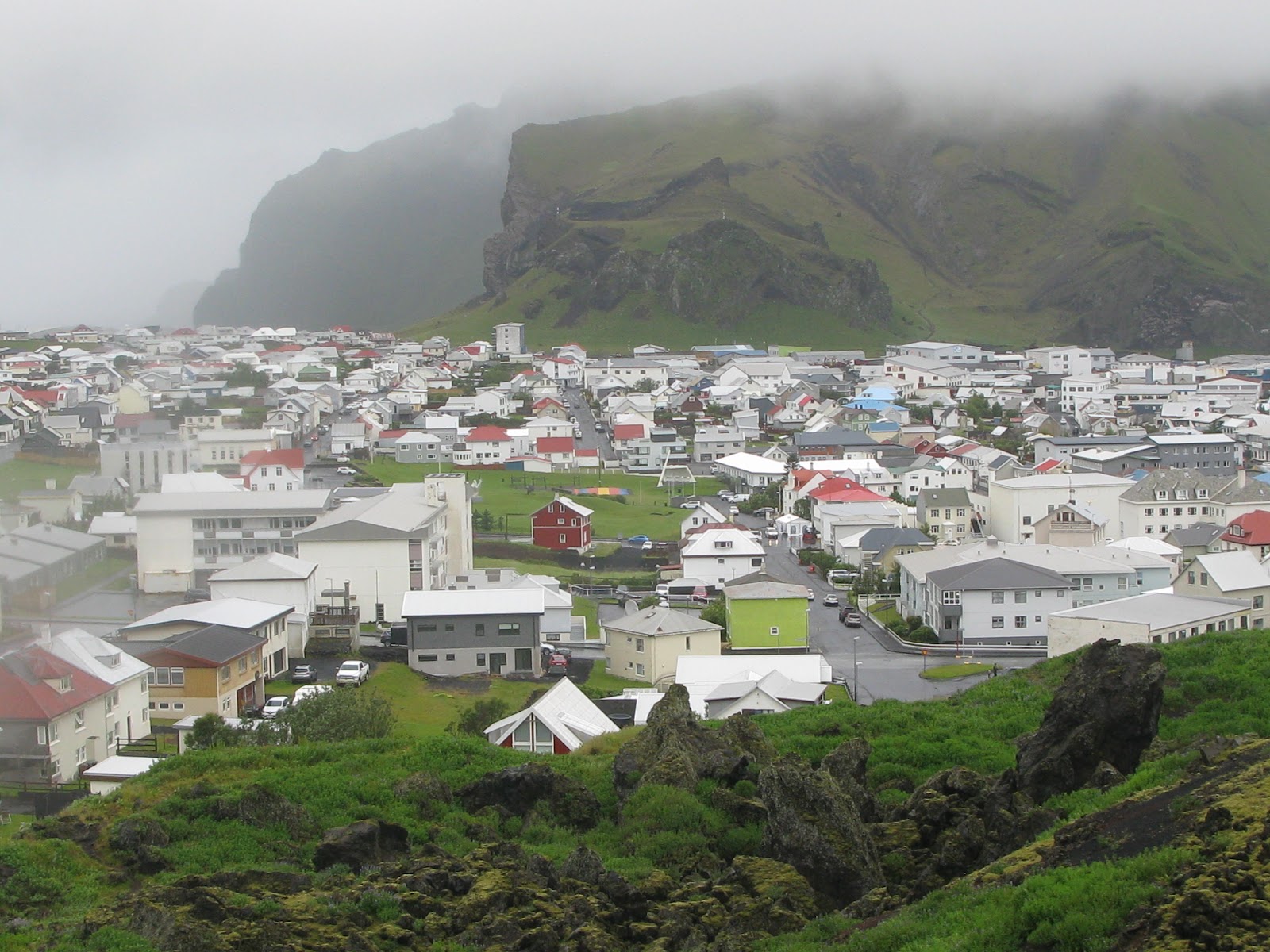 We did a tour of the island of Heimaey but it was usually too difficult to get pictures because of the weather,  At one point we did see some puffins but only in the distance. 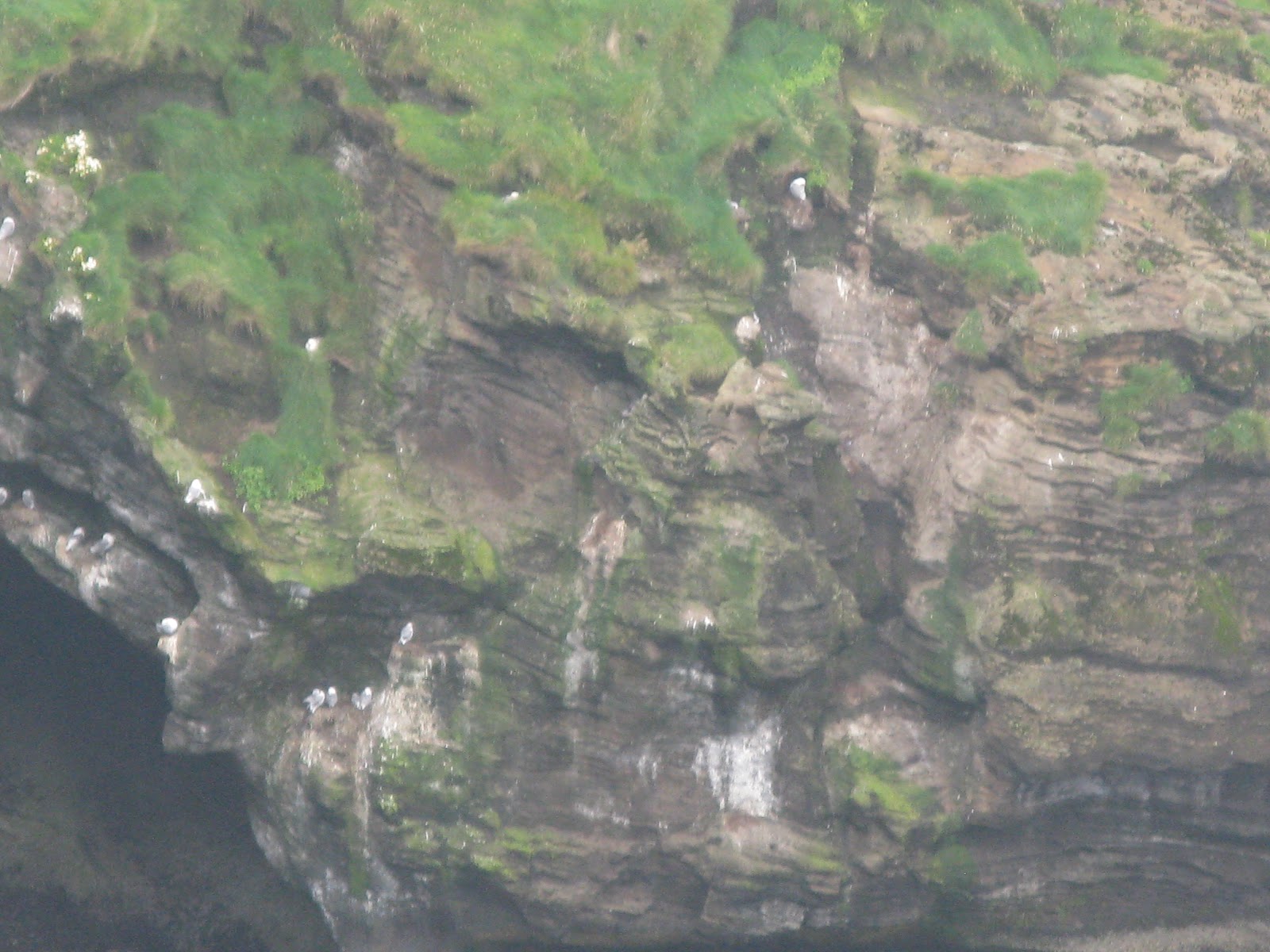 In January 1973, lava flow from the nearby Eldfell volcano destroyed half the town and threatened to close its harbour, the island's main income source. An operation to cool the advancing lava with sea water saved the harbour. 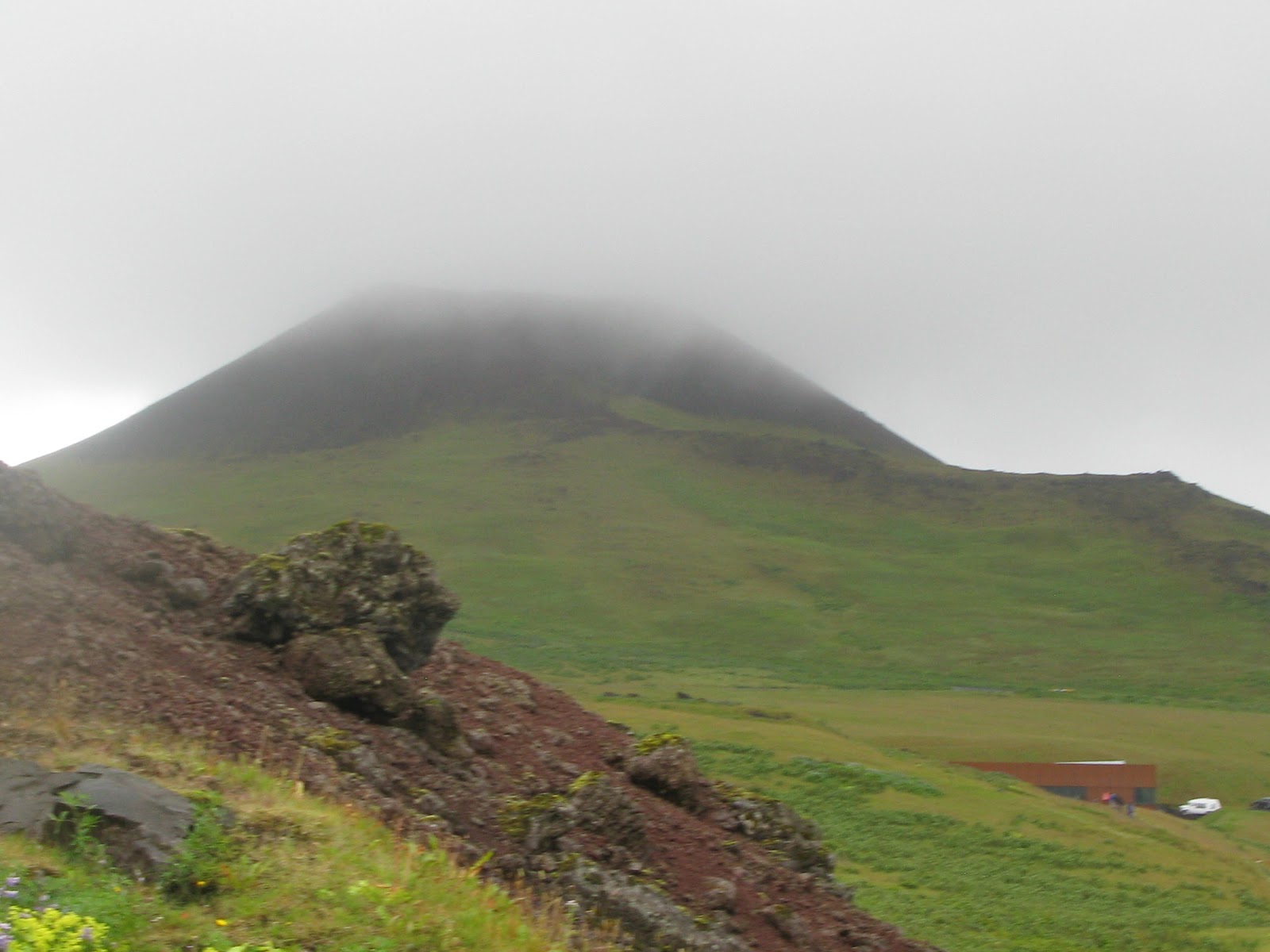 The Eldheimar museum stands over an excavated building which was buried by the lava flow during the eruption of the Eldfell volcano.  This museum gave an excellent description of what happened from eruption to resettlement of the island.  I find Icelanders very pragmatic in how they deal with life.

Part of the Eldheimar museum is dedicated to Surtsey however I didn't get the chance to see this exhibition.

As an aside, Keiko the whale from the Free Willy films was in real life flown to Klettsvik Bay on Heimaey as his final home before being freed.