This morning we went to the Oudong Buddhist monastery. 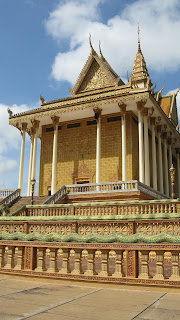 First we went to the Oudong Pagoda where the Buddhist monks perform their rituals.  Our group was given a blessing by the monks which included them tossing flower petals at us. 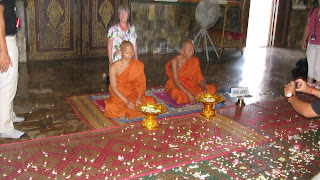 The Buddhist monks seemed to well looked after by the community but the nuns seem to have a harder life.  We visited the nuns’ dining hall and our guide also spoke to one of the nuns. 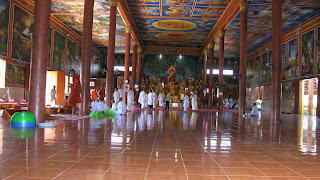 Afterwards we visited a silversmith village. 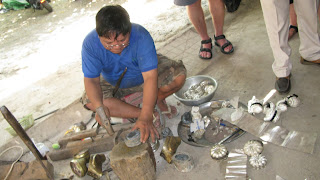 In the afternoon we went by tuk tuk for a tour of the Raffles Le Royal Hotel.  At the end of the tour we were served with high tea and a Femme Fatale cocktail.  Unfortunately I forgot to bring my camera on the trip.

Before dinner we were given a display of dancing by the Cambodian Student and Children’s Organisation. 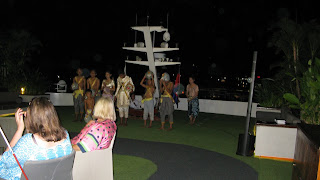 Today was the anniversary of Cambodia gaining freedom from the French so we were able to watch the city’s firework display from the top deck. 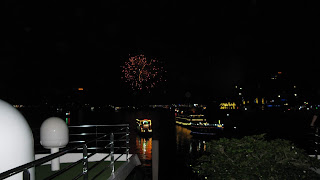