This entry shows photos from Angkor Thom.  Sometimes Angkor Thom is thought to be just another temple.  Actually it is a whole city.  “Angkor” means “city” and “Thom” means big.  Angkor Thom was once was a great Khmer city and includes a whole host of temples and sites of historical interest.  It’s population was around 1 million people.


Angkor Thom was founded by King Jayavarman VII, one of the most important figures of the Khmer Empire.  He was a Buddhist, and during the time of his reign oversaw a wholesale conversion of the Khmer people from Hinduism to Buddhism.  He was a great believer in public works, creating schools, hospitals, and reservoirs.
Angkor Thom remained the capital of the Khmer Empire throughout its decline – and was probably fully abandoned in the 16th century.  It is now, as with the other temples in the Angkor Park, a World Heritage site. 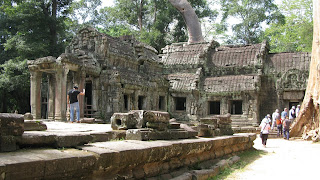 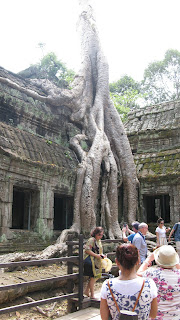 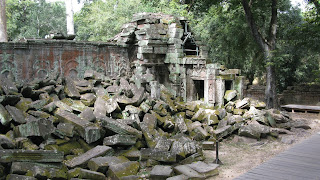 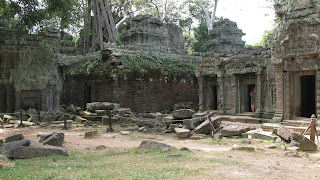 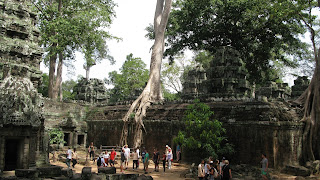 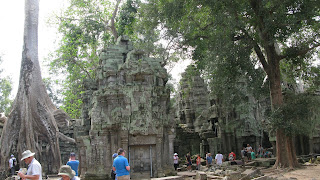 One final note about Angkor Thom is that the Angelina Jolie version of the film "Tomb Raider" was filmed here.