Today our method of transport was via sampan (see following picture).  I really enjoyed swishing through the water watching Vietnamese life go by.  What I enjoyed less was embarking and disembarking from the sampan by rather precarious means.  Thankfully many helpful hands were offered to everybody. 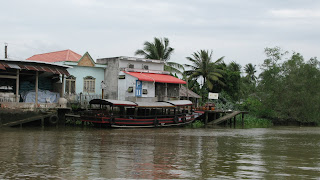 In the morning it was fascinating seeing all the communities of houseboats often covered in laundry.  One woman was even washing her laundry in the river. 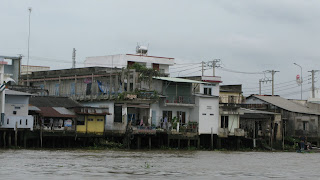 There were also various boats plying their wares. 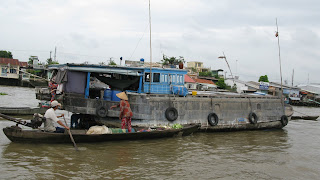 Our destination was a French colonial house where we had morning tea listening to traditional Vietnamese music. 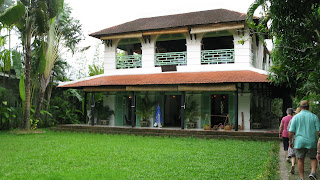 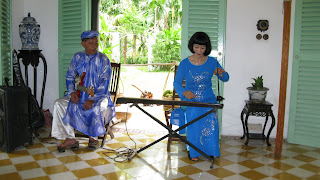 On the way back I managed to get a picture of our cruise ship. 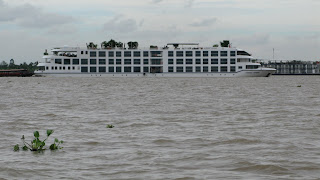 After lunch we set out by sampan again to see a house with the history of two Chinese lovers.  The man’s parents deemed the woman was not suitable for the man.  Apparently a famous film called The Lovers was made of this story.  It was too dark to take pictures in the house.
Afterwards we had the walk from hell through a Vietnamese market.  The vegetables were okay to look at however some other items were very upsetting.  I will not mention them here however I appreciate what I saw was the Vietnamese way of life. 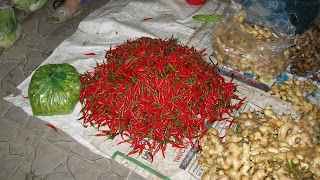 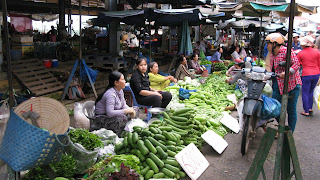 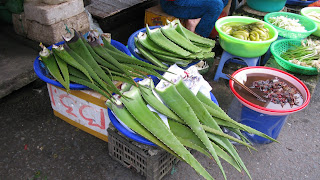 The walk was very long and we continually had to dodge the little motorbikes that seem to be everywhere in Vietnam.  I was very relieved to get back on the sampan.  Some of my fellow travellers said that they wished they had not gone on this particular trip.

There was a constant flow of clumps of water hyacinth coming down the river.  Motor boats and junks get stuck midstream in the river due to the dense patches of fast growing water hyacinth in the polluted waters. 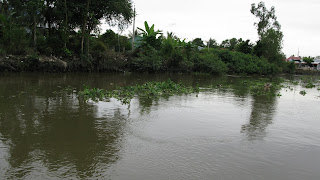