Ruth and I decided we would have a more leisurely day today.  Ruth’s idea of leisurely was to brave the frenetic traffic and walk to Nguyen Hue Street which is a broad walking promenade.  This promenade was supposed to be decorated with fountains but none were to be seen.  Crossing the roads was a nightmare where we literally took our lives into our hands,


We soon moved on to the Bitexco Financial Tower.  At its completion in 2010, it became the tallest building in Vietnam and kept this status until January 2011 when it was surpassed by Keangnam Hanoi Landmark Tower.

The EON Heli Bar called to Ruth and me to come in for a lunchtime cocktail. 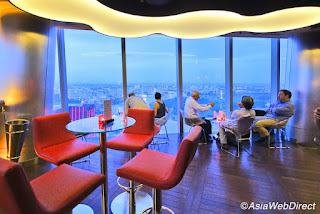 The following pictures were taken from this bar on the 52nd floor.  All the scooters have had an impact on the environment, 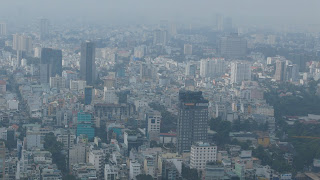 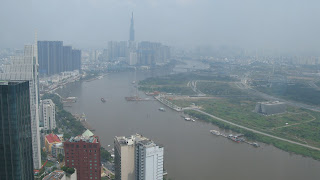 Ruth and I then took a taxi back to  the hotel for a final swim in the rather splendid pool before starting our packing to move on to the cruise tomorrow. 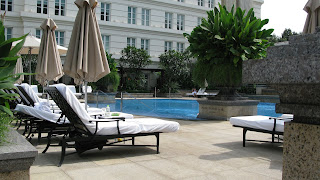