Some of us took a boat trip to the islands of Cres and Krk.  Refreshments were provided throughout the day.  Entertainment was provided by an opera singer accompanying himself on an accordion.  The trip was a little choppy but everyone was fine.  Moving around was a challenge. 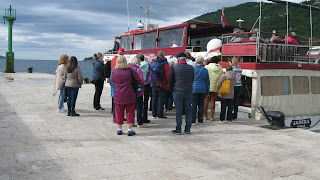 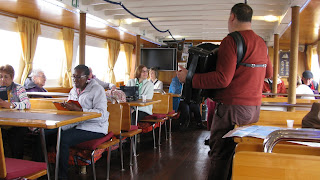 Our first stop was the village of Beli on the island of Cres.  Cres is one of the northern islands in the Kvarner Gulf and, despite being quite a large island, only has a population of 3,079 inhabitants.  We docked in the marina below Beli.  The less athletically challenged of us took a shuttle up to the village located on a 130m high hill whereas the rest of the party walked up. 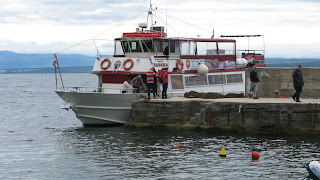 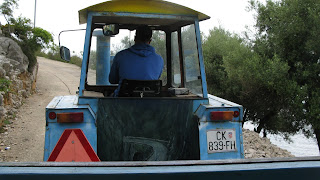 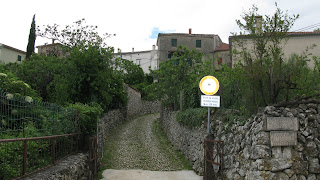 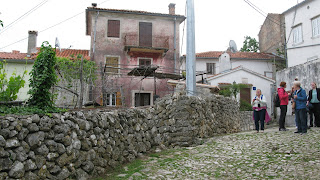 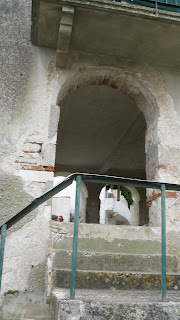 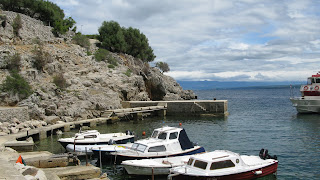 The second stop was the island of Krk.  Krk is the same size as the island of Cres but has a larger population of 19,383 inhabitants.  We had a walk along the promenade and then had a coffee. 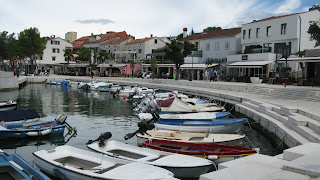 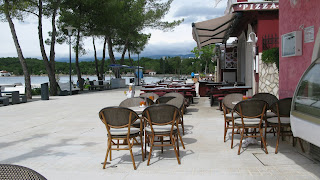 We then returned to the hotel for a farewell dinner and to pack.
Posted by D.C.J.F.R. at 4:12 AM