We had a beautiful view of the coast on our drive to the Plitvice Lakes National Park.  Sadly I wasn’t seated on the coach where I could take any decent pictures.

Plitvice Lakes is the oldest and largest national park in the Republic of Croatia.  The park is situated in the mountainous region of Croatia, between the Mala Kapela mountain range in the west and northwest and the Lička Plješivica mountain range to the southeast.

The Plitvice Lakes were internationally recognised on 26 October 1979 with their inclusion onto the UNESCO World Heritage List.  In 1997, the boundaries of the national park were expanded and today it covers an area just under 300 km2.

It was lovely walking through the woods taking pictures of the park.  A sample of my pictures follows: 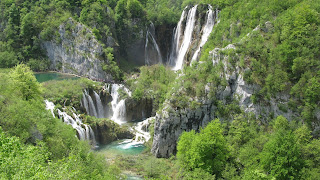 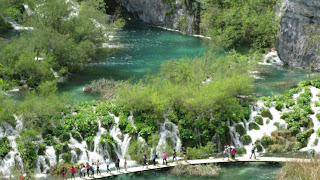 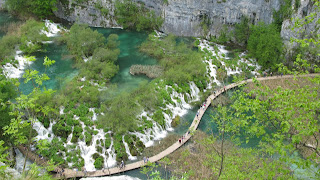 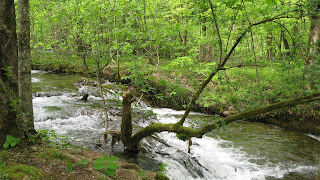 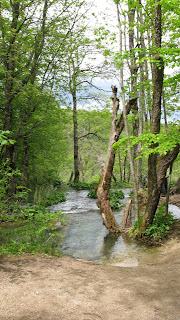 This was a strenuous trip taking 11½ hours.  Most of us were exhausted when we returned to the hotel.
Posted by D.C.J.F.R. at 2:55 AM