Today we had an 11 hour trip to Ljubljana which is the capital city of Slovenia.

Slovenia's capital and largest city is one of Europe's greenest and most liveable capitals; it was the European Commission's Green Capital of Europe in 2016.  Car traffic is restricted in the centre, leaving the leafy banks of the emerald-green Ljubljanica River, which flows through the city's heart, free for pedestrians and cyclists.

The symbol of the city is the Ljubljana Dragon. It is depicted on the top of the tower of Ljubljana Castle in the Ljubljana coat of arms and on the Ljubljanica-crossing Dragon Bridge.  It symbolises power, courage, and greatness. 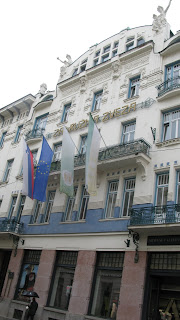 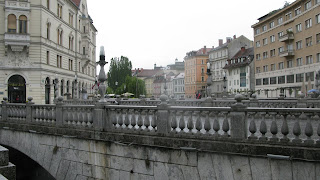 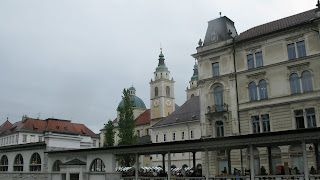 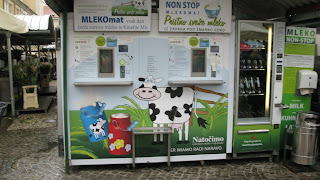 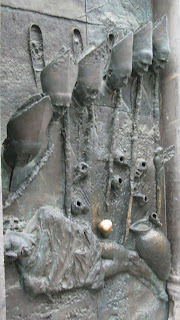 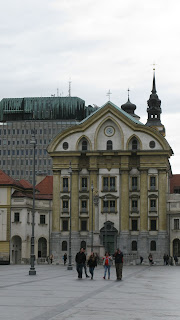 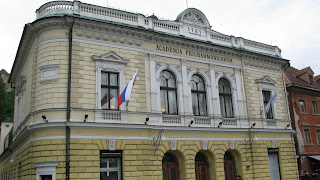 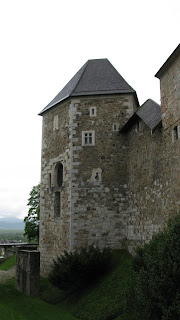 Ljubljana Castle is a medieval castle with Romanesque, Gothic and Renaissance architectural elements, located on the summit of Castle  Hill, which dominates the city centre.  We took a funicular connecting the city centre up to the castle which was an opportunity for more photos. 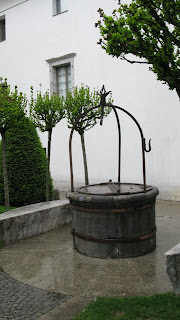 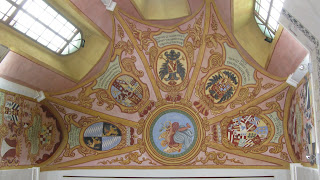 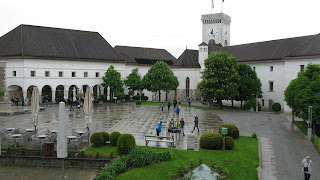 The Julian Alps, photographed below, are a mountain range of the Southern Limestone Alps that stretch from north‑eastern Italy to Slovenia.  We were told that these were the end of the Alps we all know. 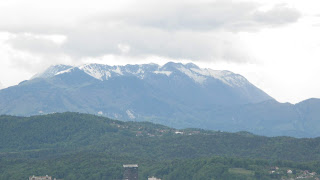