In the morning we set out on a cruise of Paradise Bay which is also known as Paradise Harbour. 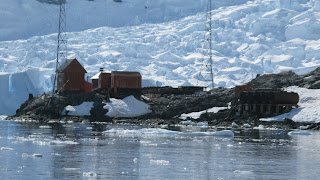 Our first sight was an Argentinian camp which is deserted most of the year.  Occasionally some staff come to do maintenance in order to keep claim on the area. 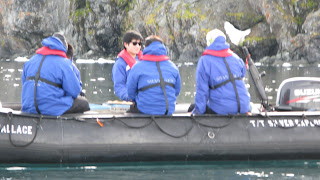 We then thought our Zodiac cruise was going to come to an end due to an apparently stranded Zodiac.

All turned out well in the end as the apparently stranded Zodiac was actually a source of champagne cocktails and cookies.  Ruth is shown enjoying a mimosa. 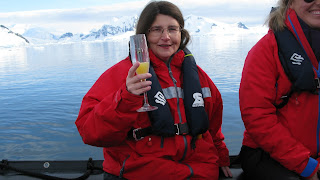 The following three pictures concentrate on reflections of the true beauties of Paradise Bay. 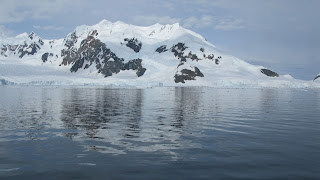 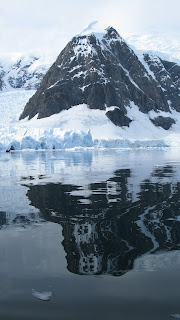 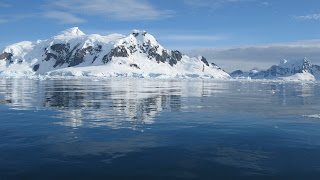 After the Zodiac cruise Ruth and I decided to treat ourselves to some external bubbles by having a dip in one of the hot tubs at the rear of the ship. 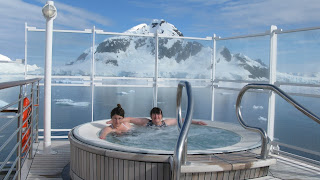 We returned to our suite to find an alternative penguin species had found a home with us.  Our cabin staff were certainly inventive. 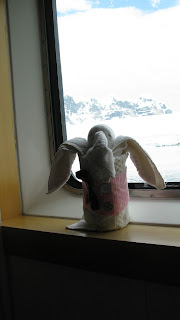 The afternoon's expedition was to visit Port Lockroy.  In 1944 the British established "Base A" on Goudier Island, the earliest example of a British scientific research station in the Antarctic Peninsula.  "Base A" is now a museum. 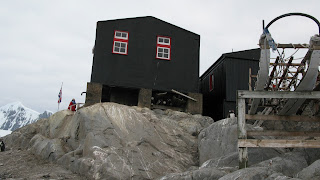 We visited the museum and posted postcards.  The postcards may take some time to reach their destinations.  They could not return with the Silver Explorer to Argentina because of current international tensions. 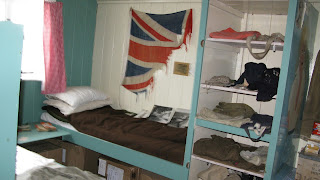 After visiting the museum I found myself a rock to sit on and watch the birds.  I was finding the terrain very difficult to walk on and had needed quite a bit of assistance from the crew to make it from the Zodiac landing point to the museum. 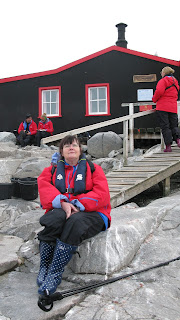 We were limited as to where we could walk at Port Lockroy by blue cones.  This was in order to avoid extra stress to moulting Gentoo penguins. 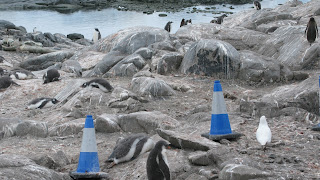 Some other white birds were in evidence.  My ornithology experience enables me to identify penguins but there my limits lay. 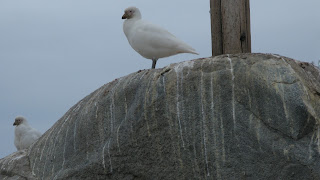