Today was the day we left our ship the Silver Explorer and headed for land for the first time. 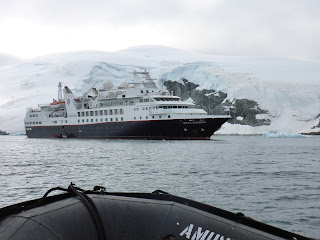 The landing point chosen was Mikkelson Harbour which is surrounded by such beautiful scenery. 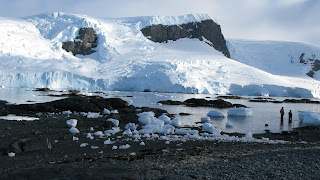 Rubber Zodiac dinghies transferred us from the ship to Mikkelsen Harbour. Getting in and out of the Zodiacs was quite a personal challenge. Thankfully I received one or more helping hands. 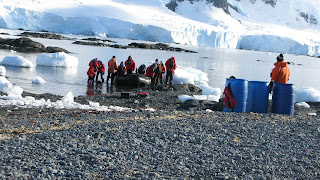 Mikkelsen Harbour is the home of many Gentoo penguins and has remains from the whaling era. I had been warned there might a strong fishy smell where penguins live but, on this occasion, there was barely a whiff. The penguins are absolutely delightful to watch. I even saw one penguin do a projectile poo. 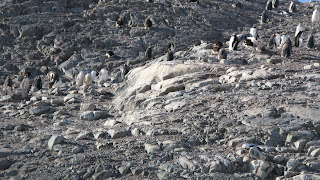 We were told that we had to keep a minimum distance of fifteen feet from the penguins. The penguins were not given the same instruction. Ruth took a photo of me exchanging the time of day with one of the penguins. 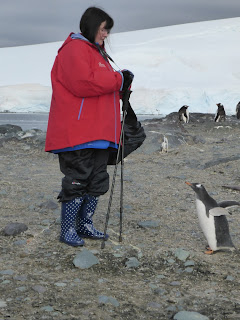 In the afternoon we were taken on a Zodiac cruise around Cierva Cove which has spectacular scenery. We were also looking for wildlife such as the colony of penguins below. 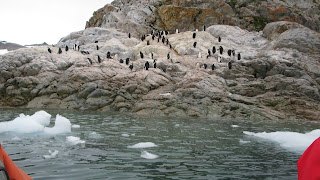 There were many little icebergs occupied by leopard seals not doing very much at all. To my mind penguins are much active and entertaining creatures. 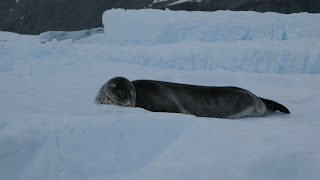 What stunned me most about Cierva Cove were the ice structures. The blue ice continued to amaze. 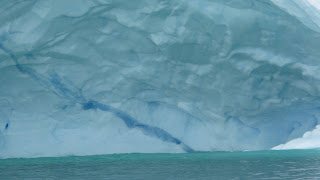 We spent 90 minutes cruising round in this dream world. I felt like pinching myself to check I was not dreaming.