Ruth has been to Vancouver, British Columbia before but I have not.  We decided we would take a city orientation tour in order to give me a flavour of Vancouver.

The tour started off in Stanley Park which is a 1,001-acre public park that borders downtown Vancouver and is mostly surrounded by the waters of Burrard Inlet and English Bay.  The park has a long history and was one of the first areas to be explored in the Vancouver city. The land was originally used by indigenous people for thousands of years before British Columbia was colonized by the British during the 1858 Fraser Gold Rush. For many years after colonization, the future park with its abundant resources would also be home to non‑Indigenous settlers. The land was later turned into Vancouver's first park when the city incorporated it in 1886.  The first point of interest in Stanley Park is a collection of totem poles. 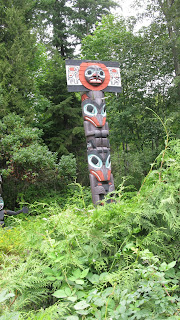 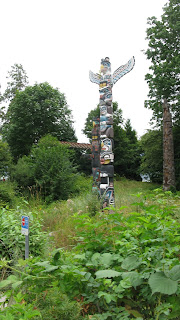 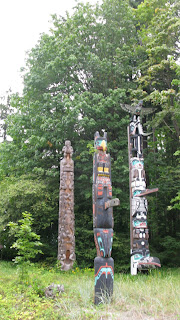 The Stanley Park seawall is a stone wall that was constructed around the perimeter of Stanley Park to prevent the erosion of the park's foreshore.  The term has also come to include the pedestrian, bicycle, and rollerblading pathway on the seawall. 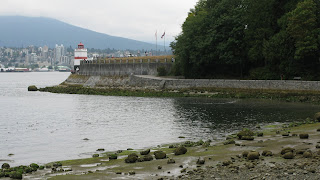 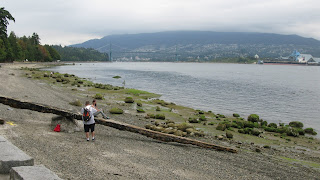 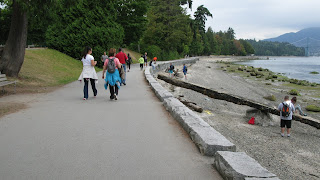 We then visited the Lions Gate Bridge, opened in 1938, officially known as the First Narrows Bridge.  This is a suspension bridge that crosses the first narrows of Burrard Inlet and connects the City of Vancouver to various North Shore municipalities.  The term "Lions Gate" refers to The Lions, a pair of mountain peaks north of Vancouver. 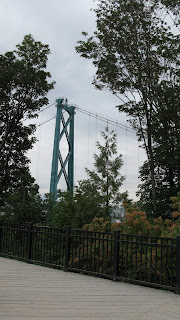 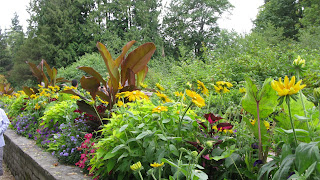 The third stop was Granville Island which is a peninsula and shopping district of Vancouver.  I managed to resist the shopping apart from a few postcards.  Ocean Concrete is the longest-established tenant on the island, having set up shop there in 1917.  In 2014, OSGEMEOS (Portuguese for “the twins”), consisting of brother duo Gustavo and Otavio Pandolfo, revamped the concrete silos with their ongoing mural project. 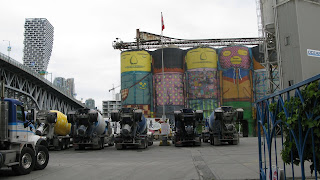 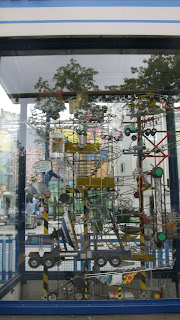 Ruth and I had lunch outside overlooking the marina.  There were a number of opportunistic gulls, one of which stole the top off Ruth’s ice‑cream. 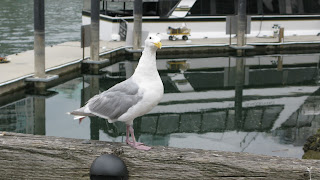 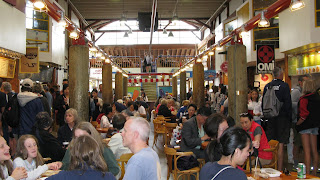 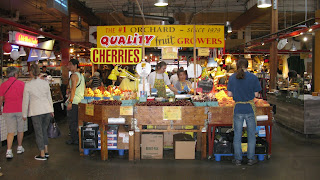 Finally we drove back districts such as Chinatown and Gastown before going up the Vancouver Lookout which gives a 360-degree view of Vancouver and surrounding areas.  I was taken fifty storeys above street level in a glass elevator in less than 50 seconds.  There was a good view of one of the cruise ships that come into town moored by Canada Place. 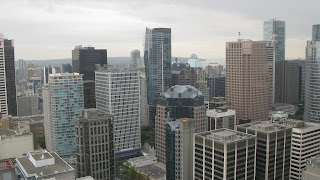 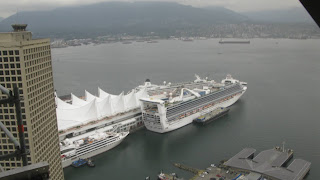 In the evening we went out to the Joe Fortes restaurant just up the road where I had the largest scallops I’ve ever seen.  Joe Fortes was a self‑appointed unpaid guard who devoted all of his free time to teaching children to swim and to patrolling the beach.  He continued to support himself by working odd jobs until, in 1900, the City appointed him its first official lifeguard.  He has been officially credited with saving 29 lives, yet it is believed that the real number is considerably higher. 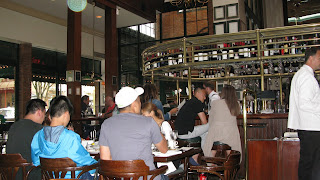