For the next two days Ruth and I went on a two adventure on the Rocky Mountaineer train through the Canadian Rockies from Banff to Vancouver.  We didn’t sleep on the train but instead had an overnight stay in a hotel in Kamloops.  The Rocky Mountaineer train is the only non‑freight train operating through the Canadian Rockies to Jasper, Lake Louise and Banff.  We were well looked after by very good staff throughout the journey.

Amazingly I met a UK couple from Great Somerford near Malmesbury on the Rocky Mountaineer.  They live in the same road as I had lived in back in the eighties.

This map shows the routes the Rocky Mountaineer takes. 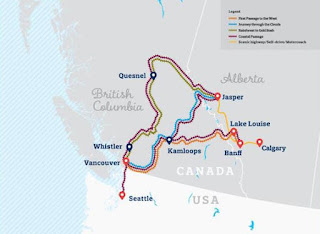 Sadly I cannot put names to all the places we saw but look out for the red osprey’s nest on one of the bridges.  Apart from the wonderful scenery something else I was amazed by was the freight trains which could be four miles long.  I also saw an eagle and group of mountain sheep but was not quick enough to take a picture of them.  As we came along from Banff to Vancouver the type of scenery changed dramatically.  I found it difficult to get sharp pictures because of the movement of the train and the reflections on the glass. Now I am going to let my pictures speak for the trip. 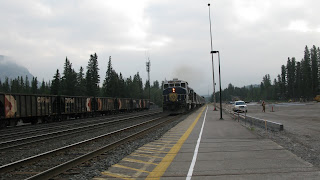 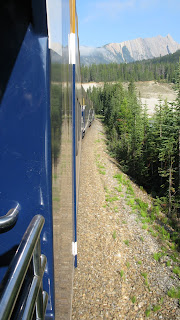 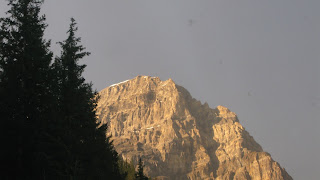 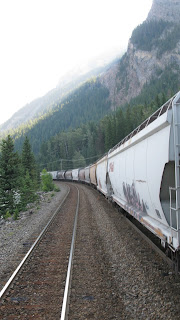 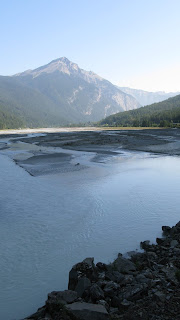 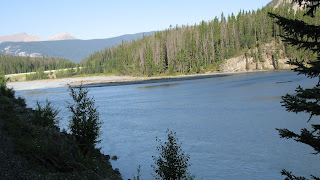 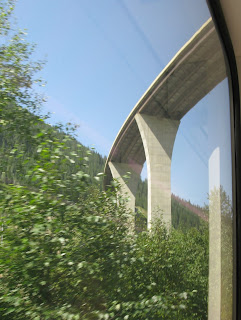 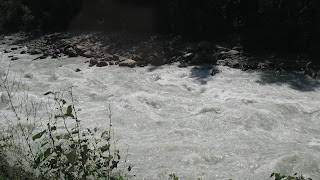 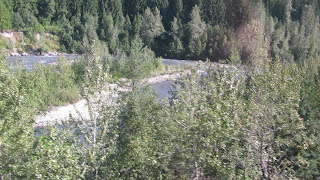 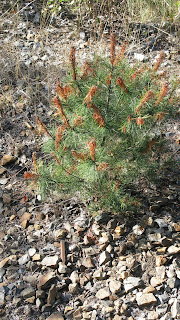 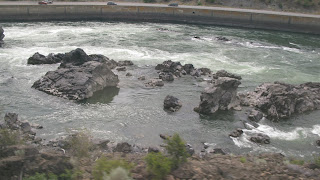 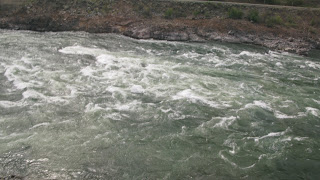 This pictures shows the rmerging of the Thomson and Fraser rivers.  For a while after the merge it is possible to see the distinct colours of the two rivers. 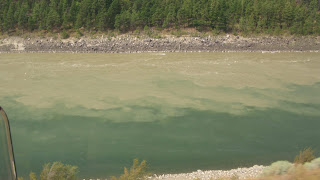 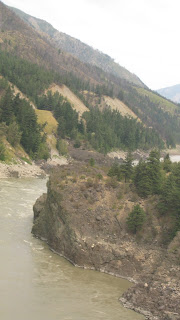 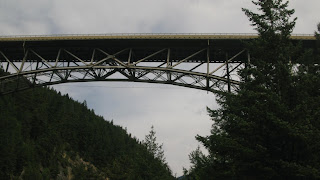 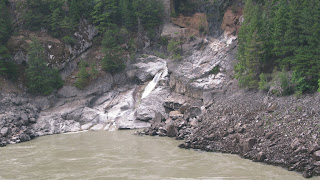 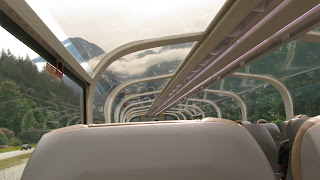 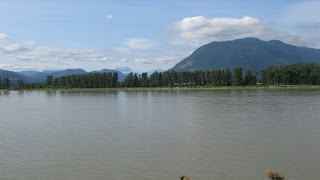 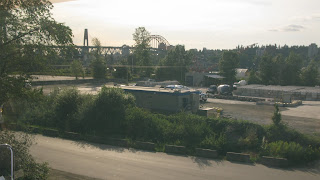 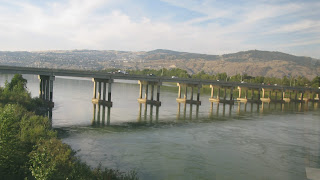 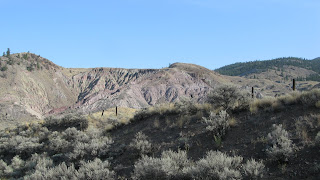 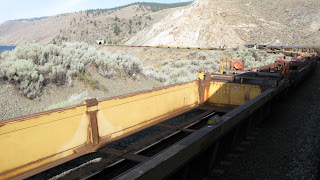 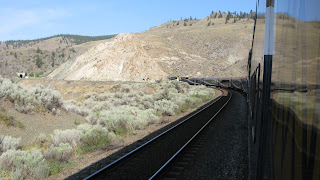 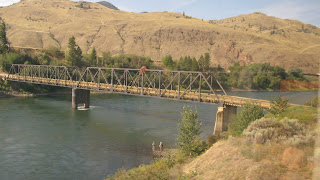 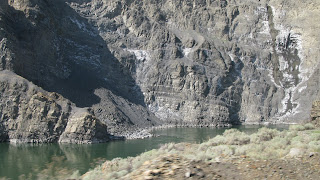 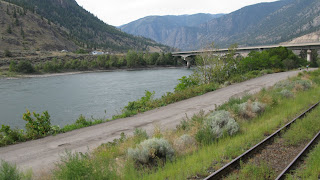 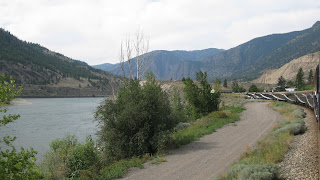 Finally we checked into our hotel in Vancouver exhausted but having had an amazing experience.
Posted by D.C.J.F.R. at 9:26 PM