Our second day of visiting WWI battlefields started in Flanders around the Belgian city of Ypres. Here, one in three of Britain’s Western Front dead fell by 1918 and it has been a place of pilgrimage ever since. The Ypres Salient is the area around Ypres in Belgium which was the scene of some of the biggest battles in WWI including the First Battle of Ypres in which my father fought.

The first stop was at the preserved trenches at Sanctuary Wood Trench Museum, some of the last original WW1 trenches still surviving in Flanders. Seeing these trenches was very moving. I wouldn't have liked to have spent an hour in them let alone years under fire. 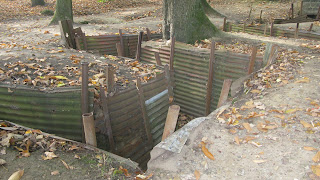 We then went to see the battlefield around Hill 60, one of the most fought over corners of the Ypres area, and viewed the war underground, seeing craters that still scar the hill today. The pictured crater belowis called the Caterpillar crater.  This crater was formed by a mine exploding under the German position on high ground south of the Ypres-Comines railway.  Unfortunately the rain started coming down heavily so we didn't stay here as long as intended. 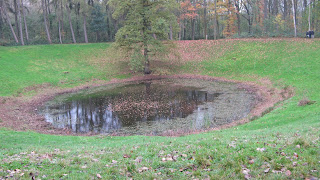 Our next stop was Tyne Cot Cemetery which is the resting place of 11,954 soldiers of the Commonwealth Forces. This is the largest number of burials contained in any Commonwealth cemetery of either the First or Second World War. It is the largest Commonwealth military cemetery in the world.  It also includes a memorial to the missing. 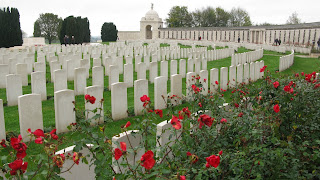 I was very much moved by the fact that many of the soldiers buried at Tyne Cot Cemetery were around 19 years old.

At Vancouver Corner our guide explained the use of gas in the trenches.  My father had been gassed when he returned to the WWI battlefields after having recovered from being wounded on the Somme.

We also saw the ‘Brooding Soldier’ memorial to the Canadians who defended Ypres in 1915. 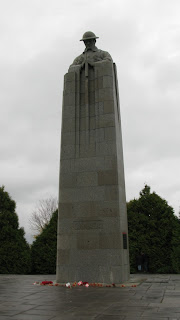 At the Langemarck cemetery we saw how Germany commemorated her dead.  The German cemetery was very sombre in comparison with the British and Commonwealth cemeteries I had visited. 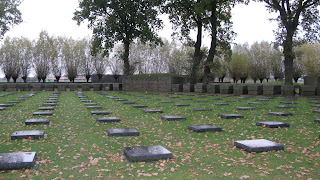 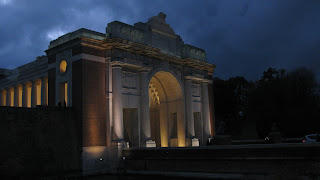