While visiting friends in Rutland for the weekend I went with a group of friends to Woolsthorpe Manor which was the birthplace and Lincolnshire home of Isaac Newton. 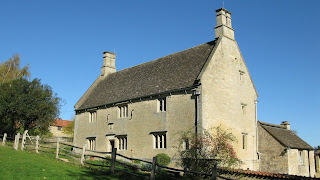 Newton was a yeoman farmer’s son.  After school he went to Trinity College at, Cambridge, and when the plague struck in 1665, came home to Woolsthorpe Manor.  Newton then used observation and experimentation to develop his revolutionary theories on optics, motion and mathematics.  Later in life Newton was elected president of the Royal Society. 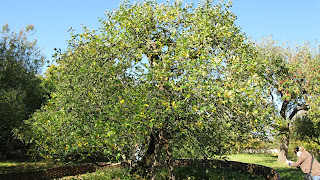 In the orchard at Woolsthorpe Manor is a very special apple tree.  This is the tree from which it is supposed that an apple fell and caused Newton to ask the question: “Why do apples always fall straight down to the ground?”  He began to think about why everything always fell down and not sideways or upwards.  Newton came to the conclusion that there must be a power that draws them.  He wondered how far would that power could extend and whether this could be as far as the moon.  From these musings came the notion of gravity. 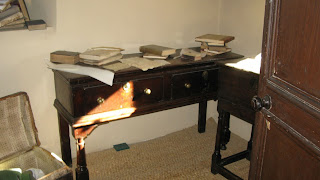 We spent a pleasant time wandering around the scientific exhibits and then the manor house.  The rooms of Woolsthorpe Manor are simple but it was thought provoking to think this was where Newton did many of his experiments.  Finally we went out into the orchard to look at the legendary apple tree.